At a time when most real estate investment trusts (REITs) are declining in value almost daily, the upward movement in price of Getty Realty Corp. (NYSE:GTY) is an extraordinary example of bucking the trend. Many REITs are just now bouncing a bit off ugly 52-week lows – meantime, Getty just hit beautiful all-time highs.

At the beginning of November, the company reported better revenues than expected and began its daily march to higher highs. Last week, the REIT broke out to levels above those highs as it continued to embarrass other REITs in the sector who haven’t been keeping up.

Getty Realty, with a market capitalization of just $1.5 billion, is not one of the majors, but that hasn’t stopped investors from piling in. The company has a price-earnings (P/E ratio of 19 (more or less in line with the P/E of the S&P 500 at 20) and trades at two times its book value. A dividend of 5.21% is being paid at this price.

Average daily volume for Getty is relatively light with just 269,000 shares traded. Institutional investors own almost 74% of the float. Late last summer, Bank of America analysts upgraded Getty from “underperform” to “neutral” with a price target of $33. It looks as if that was a good call.

The weekly price chart for Getty Realty looks like this: 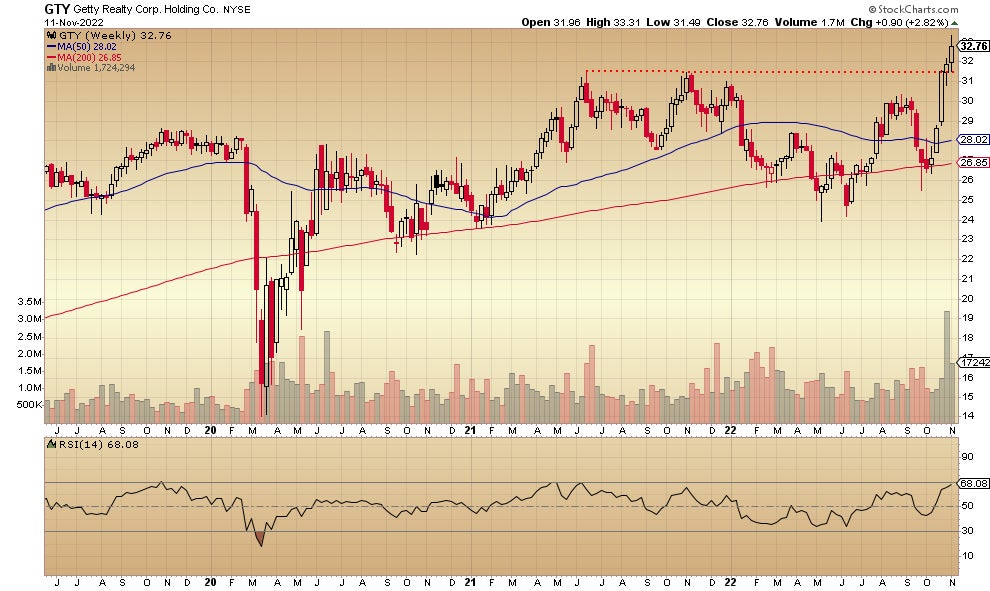 Five straight weeks of positive closing prices is not something you see everyday, but Getty just did it. The REIT is clearly above its 2021 peaks. The volume bars, below the prices on the chart, show recent heavy buying. 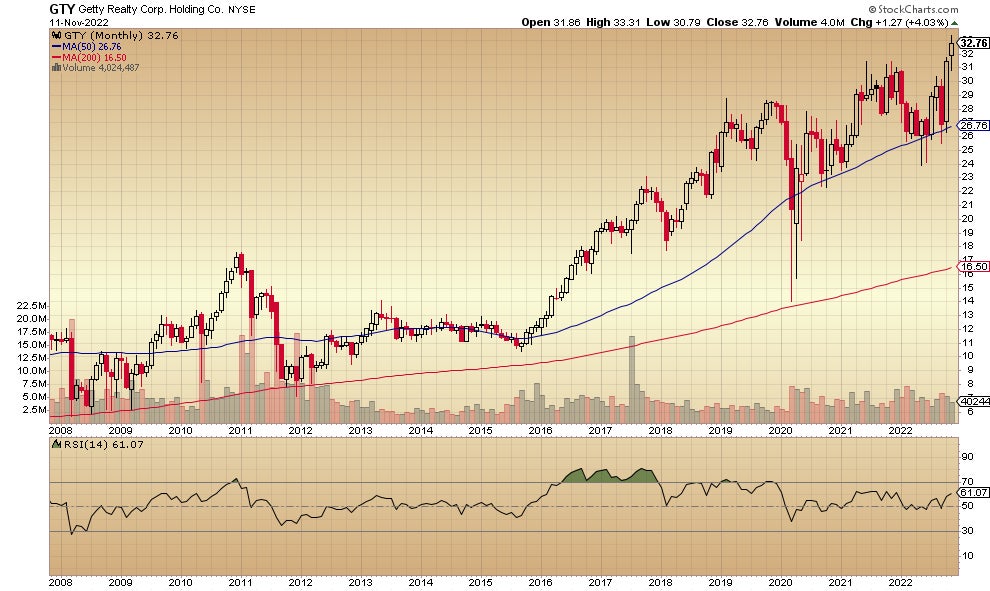 The most striking feature here is the steady uptrend from late 2015. The REIT dipped, along with almost everything else, during the March/April 2020 pandemic scare, but it recovered and kept going. Note that the price seems to remain above the 50-month moving average and that the 200-month moving average moves higher without pause.

While this REIT has fared well, for now, that could easily change in the next quarter. Since stocks are traded every day, there’s always a chance your portfolio could take a massive dip in just 24 hours. However, if you’d like to explore passive real estate investments that are not subject to volatility, check out Benzinga's real estate offering screener.

Not investment advice. For educational purposes only.