Over the past 3 months, 8 analysts have published their opinion on BlackRock (NYSE:BLK) stock. These analysts are typically employed by large Wall Street banks and tasked with understanding a company's business to predict how a stock will trade over the upcoming year. 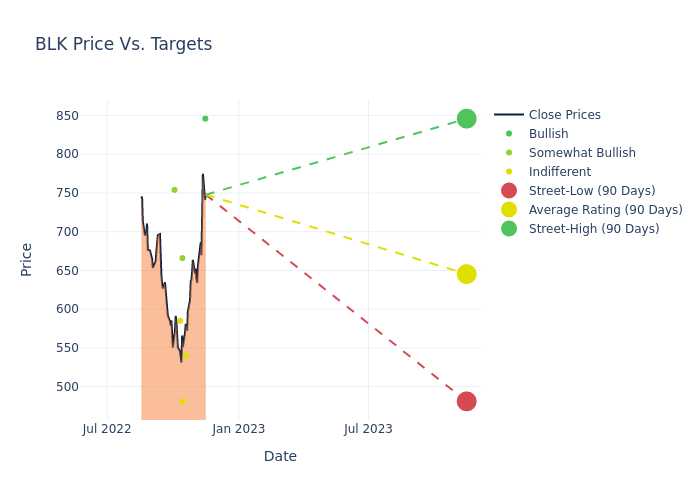 This current average represents a 6.56% decrease from the previous average price target of $690.57.

STAY UP TO DATE ON BLACKROCK ANALYST RATINGS.

What Are Analyst Ratings?

Benzinga tracks 150 analyst firms and reports on their stock expectations. Analysts typically arrive at their conclusions by predicting how much money a company will make in the future, usually the upcoming five years, and how risky or predictable that company's revenue streams are.

Analysts attend company conference calls and meetings, research company financial statements, and communicate with insiders to publish their ratings on stocks. Analysts typically rate each stock once per quarter or whenever the company has a major update.

Some analysts publish their predictions for metrics such as growth estimates, earnings, and revenue to provide additional guidance with their ratings. When using analyst ratings, it is important to keep in mind that stock and sector analysts are also human and are only offering their opinions to investors.

This article was generated by Benzinga's automated content engine and reviewed by an editor.