Is Elon Musk No Longer On Twitter? No, Here's What Actually Happened

If you couldn’t find Tesla Inc (NASDAQ: TSLA) CEO on Twitter on Tuesday, that's because he had changed his handle to “Naughtius Maximus.”

If you couldn’t find Tesla Inc (NASDAQ:TSLA) CEO on Twitter on Tuesday, that's because he had changed his handle to “Naughtius Maximus.” 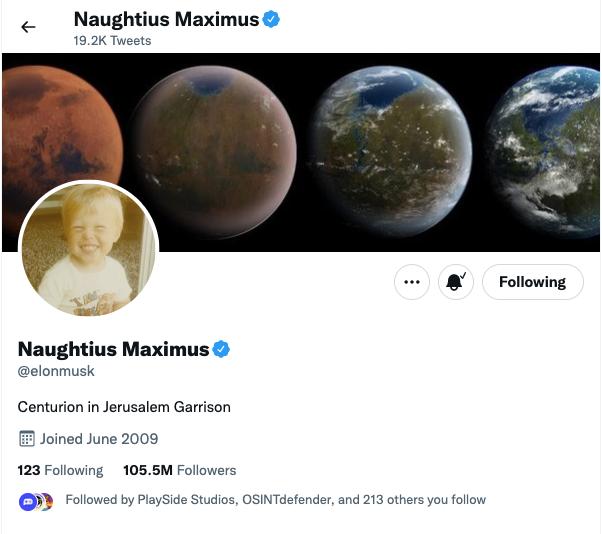 Apart from changing his handle name, Musk also changed his profile picture and description, to read “Centurion in Jerusalem Garrison.”

Musk said Tuesday that his tweets “are being suppressed” and asked for a fix from Twitter, the Twitter Verified handle and the social media platform’s CEO Parag Agrawal. 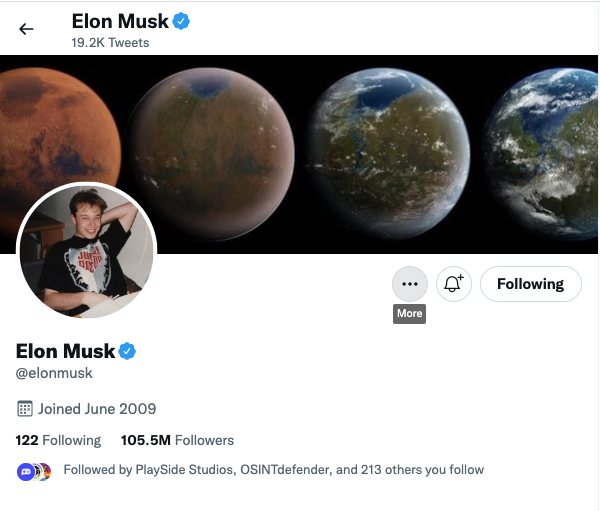 Why It Matters: Naughtius Maximus is defined by the Urban Dictionary as “one who displays violent or anti-social behavior, often attributed to mental instability or personality defect.”

On Tuesday, Twitter shareholders approved the $44 billion Musk buyout of the company, which has led to legal proceedings since the Tesla CEO has backed away from it.

On the same day, a key Twitter whistleblower, Pieter Zatko, appeared before the U.S. Senate and said he came to know of a Chinese spy on the platform’s payroll while he was working there.