Tyson 2.0 purchased the "Ric Flair Drip" and the duo now work together to scale the brand.

Tyson 2.0 has already expanded to 24 states and Canada in the past year thanks in part to co-founder and president Chad Bronstein.

“Can someone in the crowd pass me a joint?” Tyson said to the hundreds of attendees at the Benzinga Cannabis Capital Conference in Chicago on Tuesday. “Now, that’s what I’m talking about,” Tyson thanked an individual for passing him a joint. 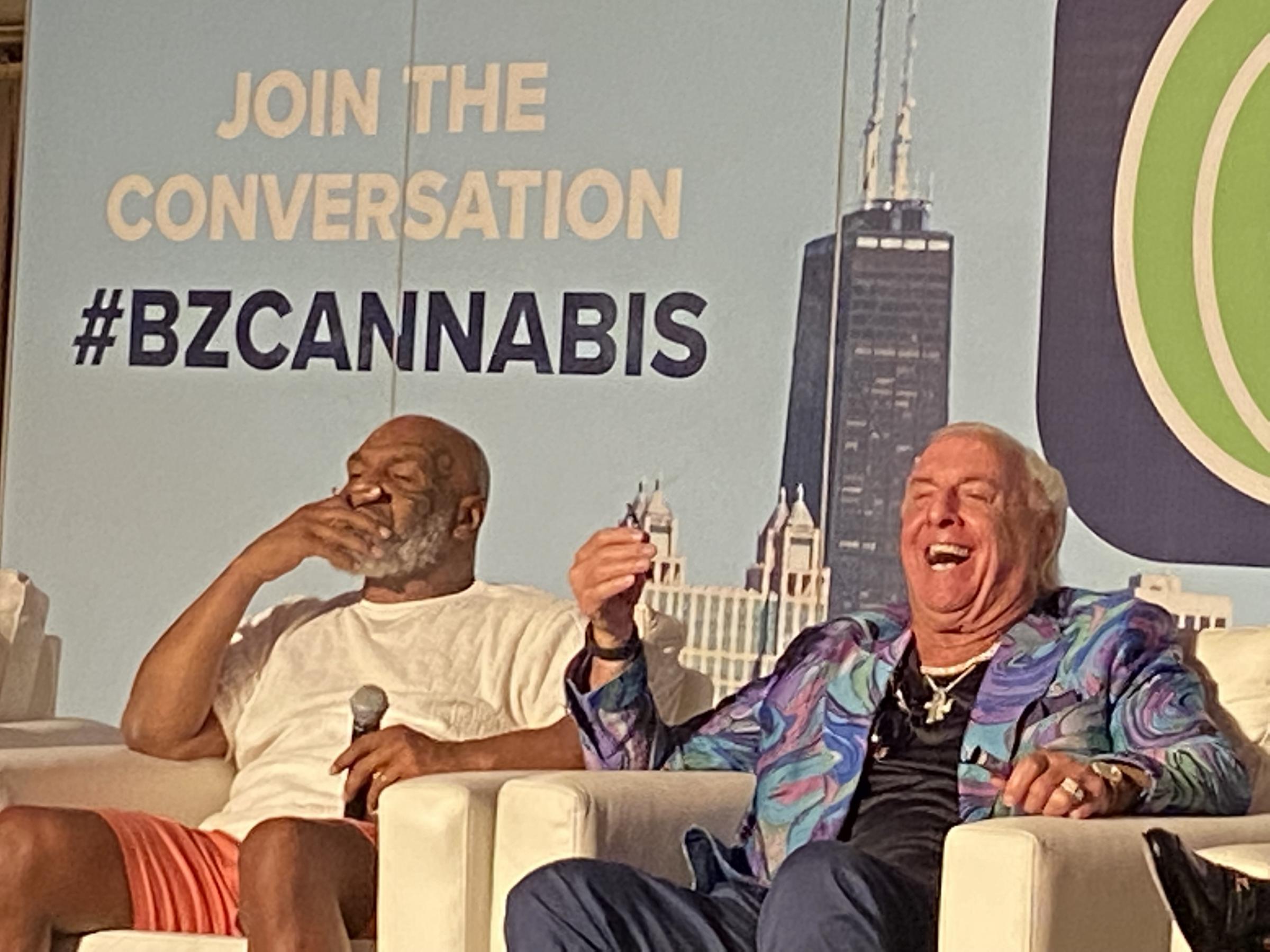 Flair and Tyson proceeded to smoke multiple joints on stage while discussing the benefits of cannabis over drugs such as Xanax.

“I got into the industry out of luck,” Flair explained, “I’ve known Mike [Tyson] since the 1980s. Chad approached me about it, my old school way of thinking told me I didn’t want to be affiliated with cannabis, but I didn’t realize the cannabis world was taking over.”

Flair said that cannabis replaced Xanax for him as a remedy for pain, as the retired wrestler used to have to wrestle up to 454 times per year.

“When this came along, it completely erased my previous addiction,” Flair said.