Bitcoin, Ethereum And Dogecoin Plunge In Reaction To CPI Data: What's Going On?

Bitcoin (CRYPTO: BTC) was plunging almost 10% lower on Tuesday in an exaggerated reaction to the bearish price action in the general markets, which saw the S&P 500 dive about 4%.

Bitcoin (CRYPTO: BTC) was plunging almost 10% lower on Tuesday in an exaggerated reaction to the bearish price action in the general markets, which saw the S&P 500 dive about 4%.

Consumer price index data (CPI) released from the Labor Department on Tuesday revealed the Federal Reserve’s series of steep rate hikes haven’t been enough to successfully send inflation on a downward trajectory, which threw the market and the crypto sector into chaos.

The market may now be pricing in the revelation that another 0.75% rate hike could be the most likely outcome when the Fed meets on Sept. 20 and Sept. 21. The central bank raised rates by 0.75% in both June and July.

Throughout the last 10 months, Bitcoin has proven it isn’t a hedge against inflation, plummeting about 70% from the Nov. 10 all-time high of $69,000. The Fed is walking a tight rope, trying to bring down inflation without throwing the economy into a recession, and if inflation doesn’t begin to retrace soon, more pain could be in the cards for the general markets and the crypto sector.

The Bitcoin Chart: Bitcoin negated its most recent downtrend on Sept. 9 but hasn’t yet confirmed an uptrend by printing a higher low above the Sept. 7 low of $18,527. Bullish traders can watch for the crypto to form a reversal candlestick, such as a doji or hammer candlestick, above that level to indicate a reversal to the upside may be on the horizon. 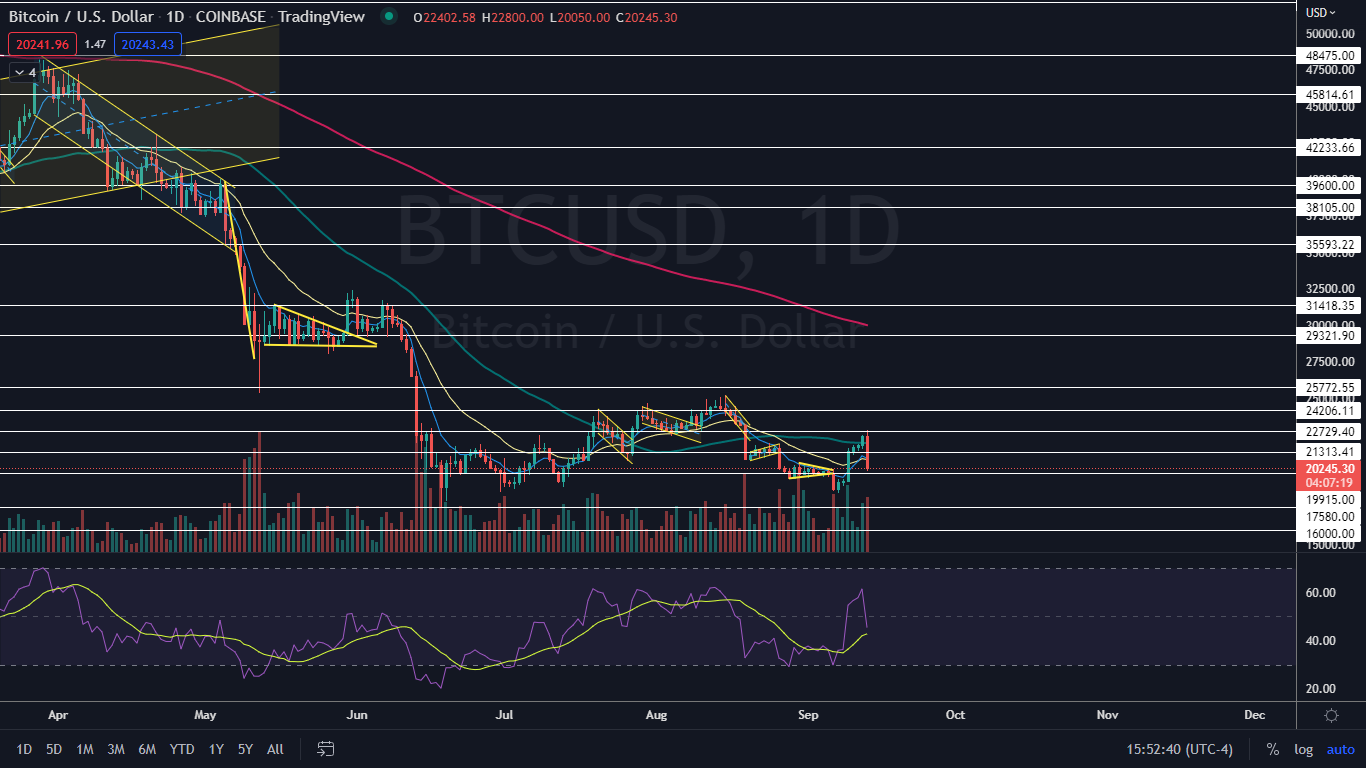 The Ethereum Chart: Ethereum reversed into an uptrend on Aug. 29 and the decline on Tuesday didn’t negate the new trend. Ethereum’s most recent confirmed lower high within the pattern was formed on Sept. 7 at $1,439 and as long as Ethereum doesn’t retrace under that price, the uptrend is likely to continue. 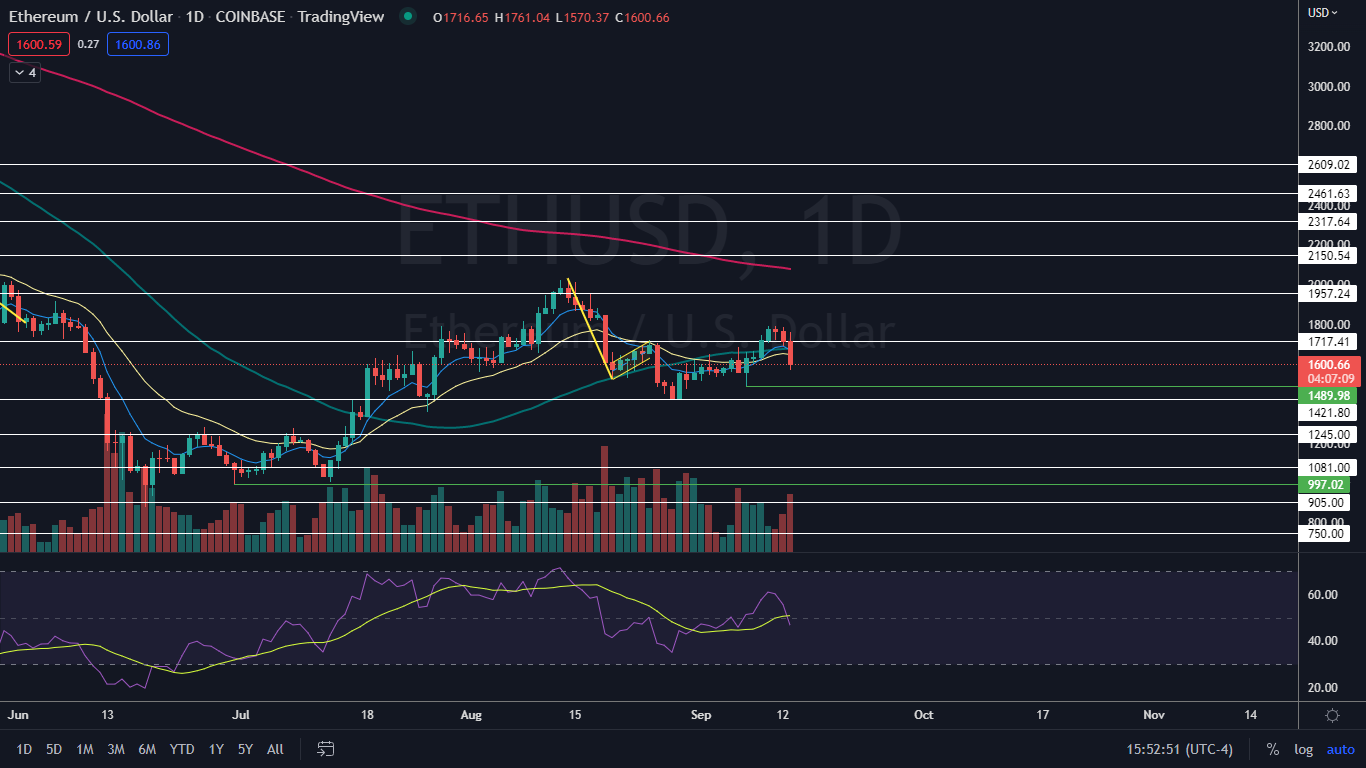 The Dogecoin Chart: Like Ethereum, Dogecoin’s plunge on Tuesday wasn’t enough to negate the possible uptrend the crypto reversed into on Sept. 7. On Tuesday afternoon, bullish traders were working hard to hold Dogecoin above the 6-cent mark and if the area holds as support, a reversal candlestick could print above the area on Wednesday. 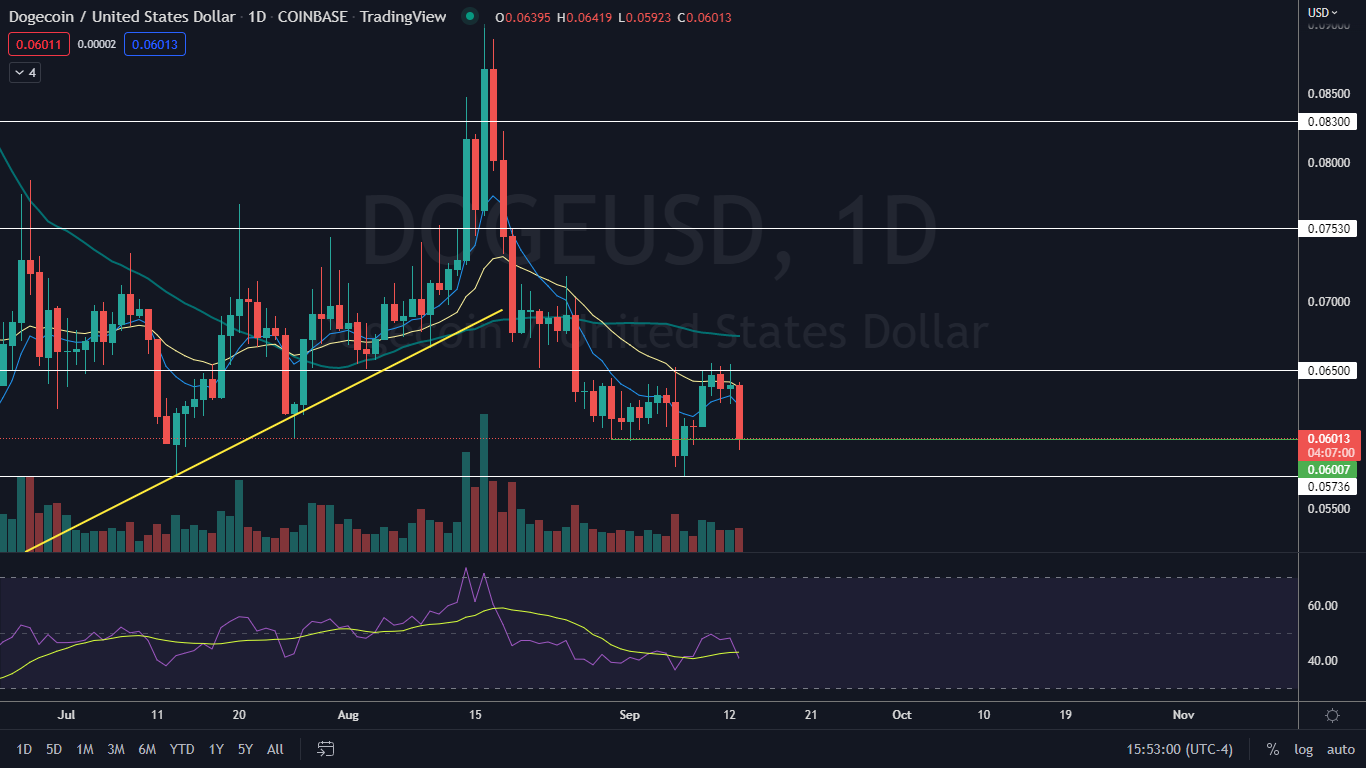 See Also: Why Bitcoin- And Ethereum-Related Stocks Are Diving