The SPDR S&P 500 (NYSE: SPY) gapped down and plunged over 3% on Tuesday after consumer price index (CPI) data released by the U.S.

The SPDR S&P 500 (NYSE:SPY) gapped down and plunged over 3% on Tuesday after consumer price index (CPI) data released by the U.S. Labor Department indicated that although inflation likely peaked in July, inflation continues to run above analyst estimates.

The data sparked fears the central bank will raise interest rates by 0.75% when it meets over two days on Sept. 20 and Sept 21. The market will find out the Federal Reserve’s decision at 2:00 p.m. on the second day, when the monthly minutes are released, which will be followed by Fed chairman Jerome Powell’s press conference at 2:30 p.m.

After the central bank raised rates by 0.75% in both June and July, traders and investors had hoped inflation would drop low enough for the Fed to begin to relax its hawkish stance. Powell’s speech at the Jackson Hole Symposium last month indicated another 0.75% hike was still on the table, however.

The Fed is walking a tight rope, trying to bring down inflation without throwing the economy into a recession.

While Tuesday’s decline was sharp, technical traders knew a pullback was on the horizon because the S&P 500 soared over 5% between Sept. 7 and Sept. 12 without retracing to form a higher low on the daily chart.

The SPY Chart: Although the drop on Tuesday was needed if a new uptrend will eventually occur, the plunge took the SPY under the psychologically important $400 level, which may now act as heavy resistance. Bullish traders and investors will want to see the ETF regain that level as support in short order for more confidence going forward. 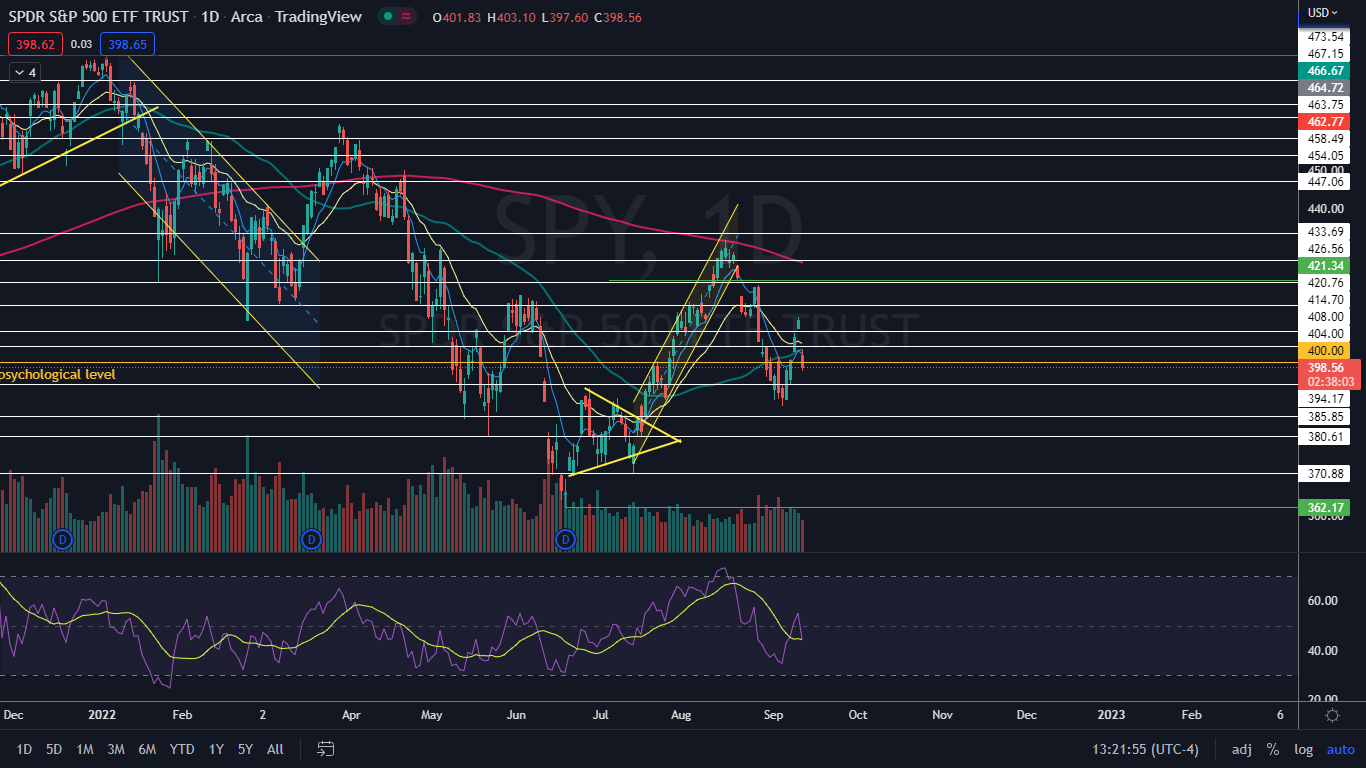 See Also: Here's How Much You'd Have Right Now If You Invested $1000 In Apple Stock When Steve Jobs Resigned As CEO In 2011