Microsoft Corporation (NASDAQ: MSFT) was sliding almost 4% lower on Tuesday in sympathy with the general markets, which saw the S&P 500 gap down and plunge about 3% lower.

Microsoft Corporation (NASDAQ:MSFT) was sliding almost 4% lower on Tuesday in sympathy with the general markets, which saw the S&P 500 gap down and plunge about 3% lower.

The sharp decline was a bearish reaction to consumer price index (CPI) data released by the U.S. Labor Department, which indicated that although inflation likely peaked in July, the inflation level hasn’t come down to where analysts estimate it should be measuring.

From a technical perspective, the S&P 500 and many blue-chip stocks, including Microsoft, were in need of a pullback and as long as the S&P 500 and Microsoft don’t print lower lows this week, an uptrend that may be confirmed with the formation of a higher low.

The Microsoft Chart: Microsoft negated its most recent downtrend on Friday when the stock printed a higher high above the Sept. 2 lower high of $260.89. Between Sept. 6 and Monday, Microsoft soared up about 5% without retracing, which indicated a pullback was likely to occur. 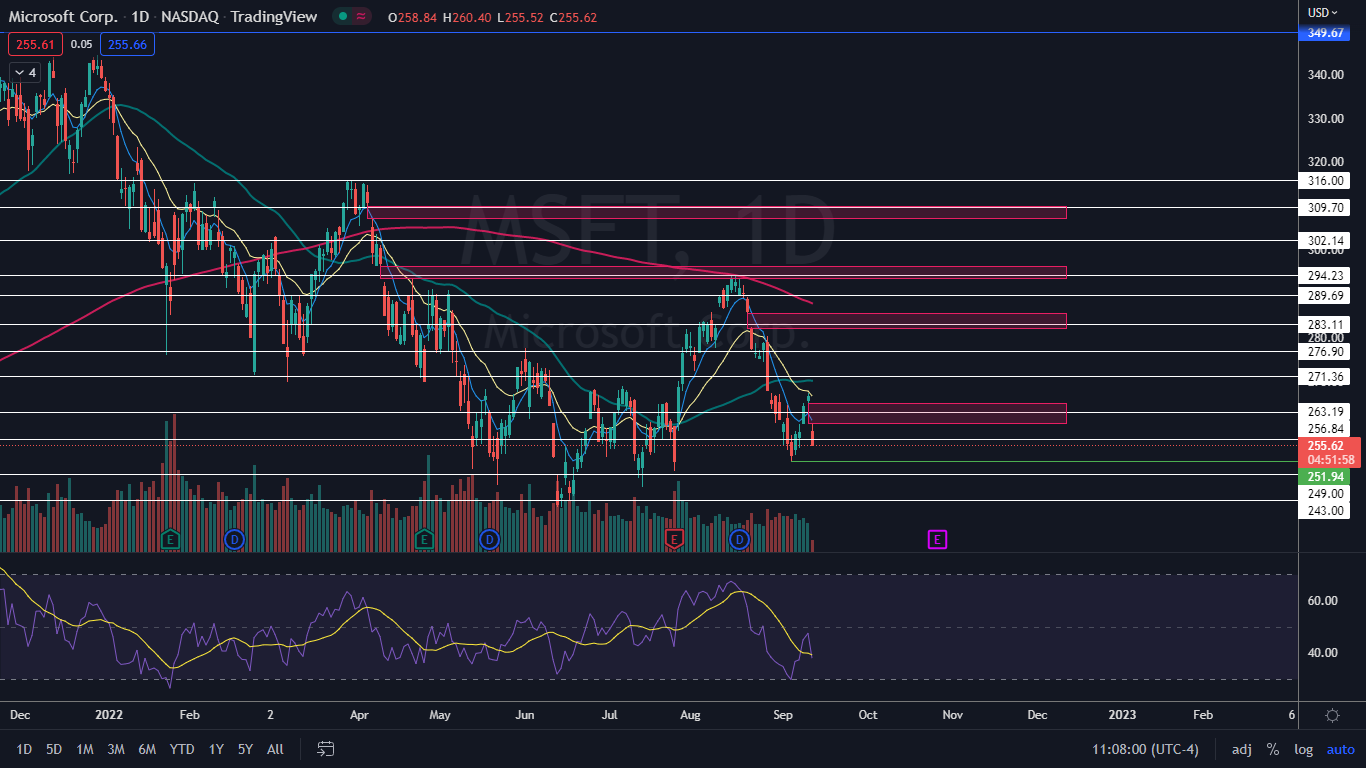