$16 Trillion In Pre-IPO Stocks, Real Estate And Other Illiquid Assets Will Be Tokenized By 2030: BCG And ADDX

Research from Boston Consulting Group (BCG) and ADDX arrived at a figure of $16 trillion as a conservative estimate of the amount of assets that will be tokenized by 2030.

Research from Boston Consulting Group (BCG) and ADDX arrived at a figure of $16 trillion as a conservative estimate of the amount of assets that will be tokenized by 2030.

What Happened: In a recent report examining the relevance of on-chain asset tokenization in a crypto winter, analysts at BCG and ADDX said that multiple asset classes that are “only accessible to limited wealthy investors” could soon become part of a large scale tokenization industry.

“The total size of illiquid asset tokenization globally would be $16 trillion by 2030,” said BCG and ADDX. 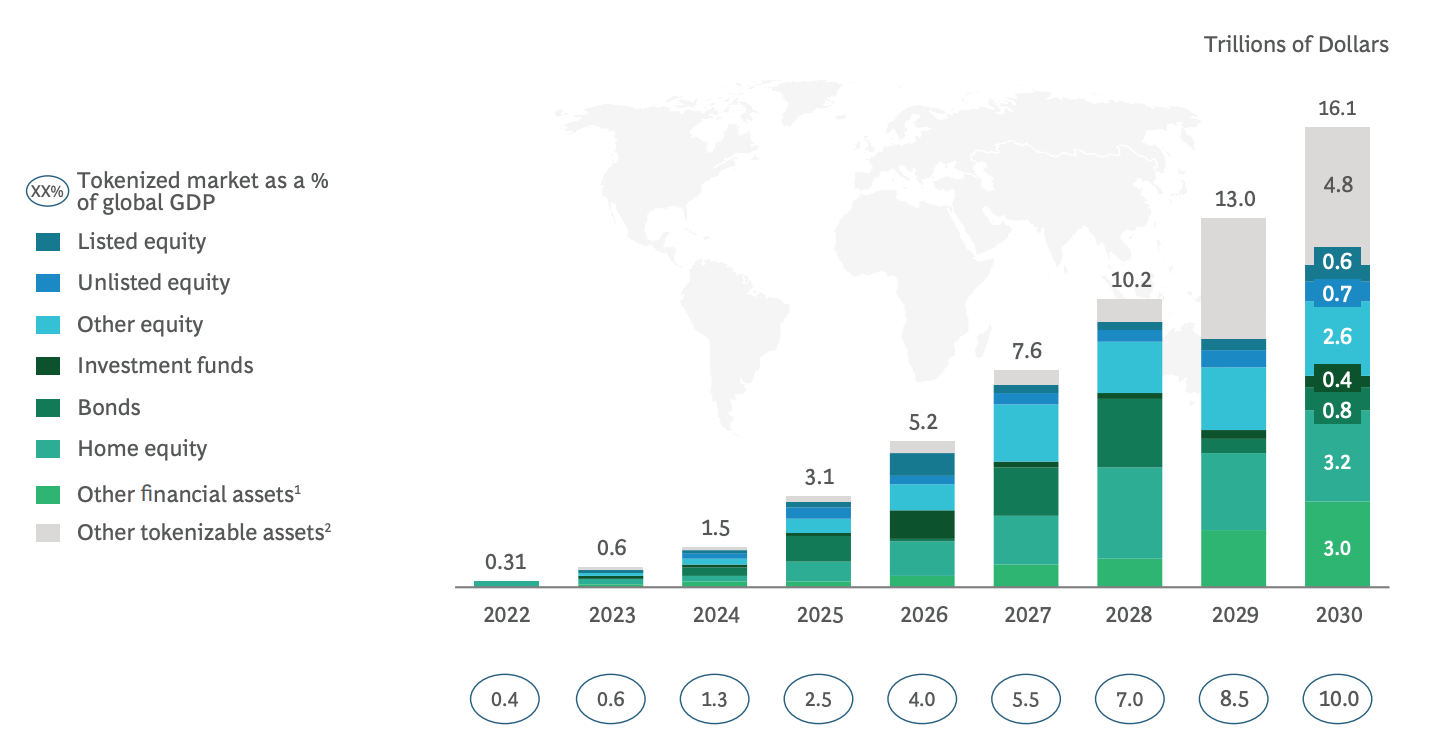 The authors noted that this estimate was a “highly conservative forecast” and that tokenization potential could reach as high as $68 trillion by 2030 in the best-case scenario.

“Onchain asset tokenization helps reimagine the end-to-end process of finding and matching investors with investment opportunities, and the subsequent secondary market opportunities once an investment has been made,” they said.

By this process, an issuer would mint digital tokens representing a fraction of asset ownership on the blockchain and guarantee immutable and transparent ownership to the holder.

The report also highlighted that the leading digital assets Bitcoin (CRYPTO: BTC) and Ethereum (CRYPTO: ETH) being down by more than 70% from their all-time highs was reminiscent of the crypto winter in 2018. Despite the recent crash, however, the report noted that blockchain developer activity has continued to sustain.