Exela Technologies, Inc (NASDAQ: XELA), a small cap business process automation company, was nosediving over 15% lower at one point on Wednesday after plunging over 32% on Tuesday.
Benzinga · 07/27/2022 12:39

Exela Technologies, Inc (NASDAQ:XELA), a small cap business process automation company, was nosediving over 15% lower at one point on Wednesday after plunging over 32% on Tuesday.

On Tuesday, Exela began trading on a 1-20 split adjusted basis, which caused a negative reaction for the company’s common stock. Shares of Exela had also run up into the event, and when a stock runs prior to known news, a sharp decline often follows.

Exela announced recently a partnership with the Dian Fossey Gorilla Fund. The charity, which protects mountain gorillas, and Exela are selling cobranded #ApeNation gear such as T-shirts and hats to raise money for the endangered animal and its conservation.

The news received attention on Reddit, where at least one user posted an analysis on Exela. The company could now find its place among the group of meme stocks that retail traders take heavy interest in due to its fairly high level of short interest.

From a technical standpoint, Exela needs bulls to step in quickly, because on Wednesday the stock was printing another new all-time low and there is no support in the form of price history below.

The Exela Chart: On Tuesday, Exela confirmed it was trading in a downtrend by printing a lower low under the previous low of $2.62, which was formed on July 20. The first indication that a downtrend may be on the horizon occurred on July 21, when Exela formed a lower high at the $3.28 mark. 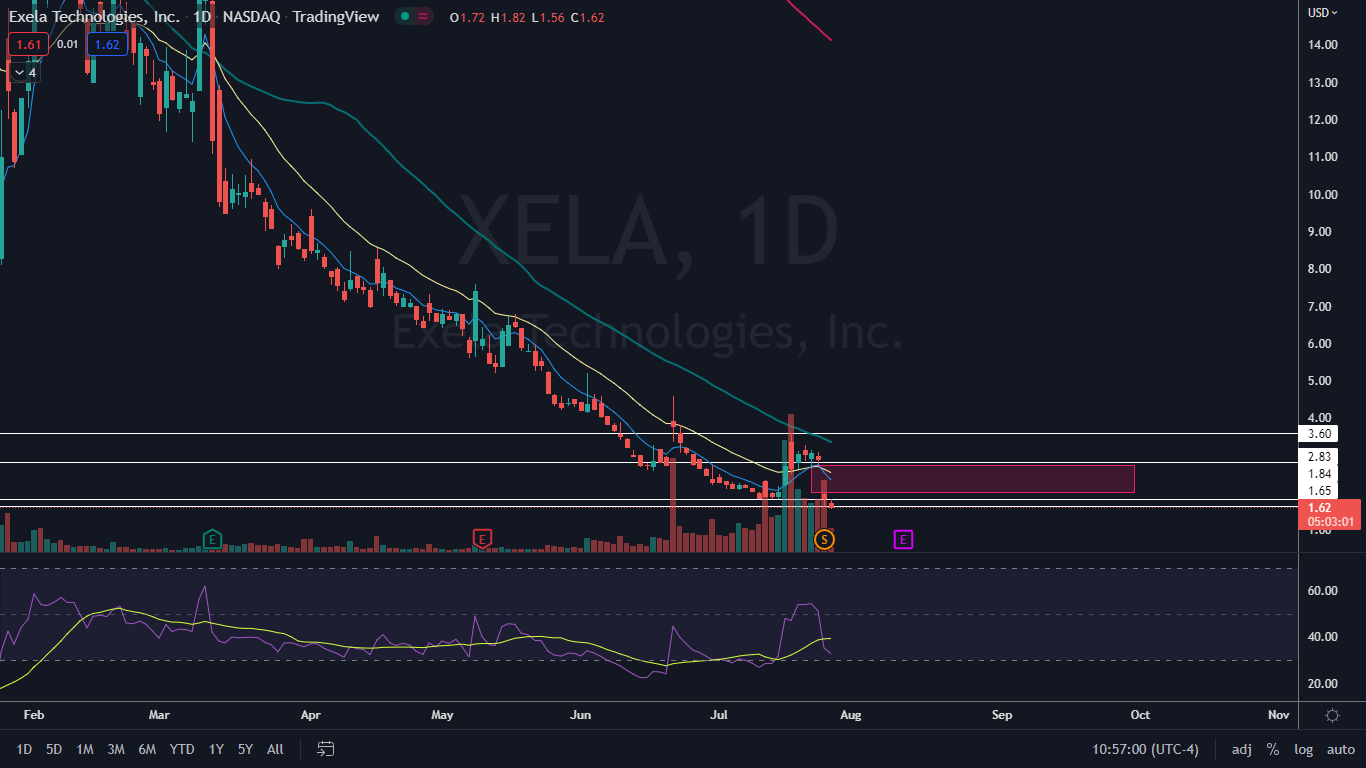 See Also: How to Read Candlestick Charts for Beginners