Few people come to the dining room table without realizing the importance of phosphate in the creation of their meal.

Few people come to the dining room table without realizing the importance of phosphate in the creation of their meal.

Phosphate is a form of the mineral nutrient phosphorous that crops absorb through fertilizer. Prior to the coronavirus pandemic, many agricultural chemists were warning that the global peak in phosphorus production could occur around 2030. But the post-pandemic chaos with historic inflation, supply chain disruptions and a war between Russia and Ukraine has brought hitherto unexpected difficulties to this equation. 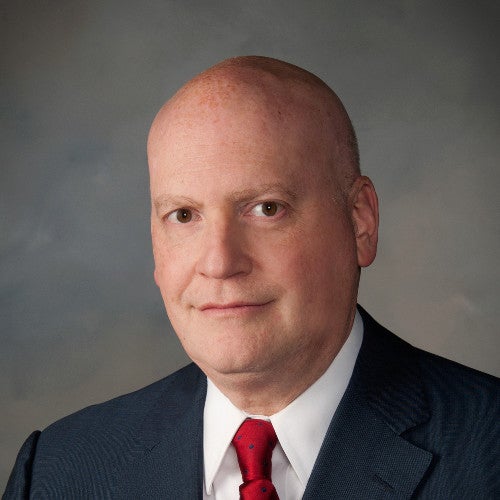 For the benefit of those who are not up to speed on the subject, what is the value of phosphate?

Phosphate is one of the three macronutrients in fertilizer – nitrogen and potash being the other two. A lot of people make the mistake and say, ‘Oh, it's all fertilizer’ – and that's really not accurate because you need all three, depending on the grain that you're growing. Some are more intensive, like corns, while soybeans are less intensive.

If, for whatever reason, you can't get phosphate, you can't put on twice as much potash or anything like that. And not all phosphates are the same. With gold, for example, if you pull it out of the ground in Quebec or Nevada or Siberia, your end products are all the same. Phosphate will vary from mine to mine.

Most of the world's phosphate comes from sedimentary deposits. I won't bore you with geology, but the challenge with sedimentary deposits is they tend to have a lot of deleterious elements in them – namely, radioactive elements and heavy metals. And, of course, since you're ultimately talking about food, that's not a wonderful thing. So, you try and deal with it, because the reality is without mined phosphate, studies have shown that 80% of the world's population is going to starve to death.

Where are we today in terms of phosphate availability?

The supply side of the market, I think, is pretty scary. We get this stuff from the Middle East and North Africa. By far, the biggest producer of phosphate is Morocco. Tunisia used to be the world's second largest, and then they had Arab Spring – today, they still haven't gotten back on their feet. Syria was also a producer, which obviously isn't so today, and guys like Jordan, Algeria, Egypt have been filling that void by increasing their production.

What we need to recognize – and without trying to sound alarmist – is that your cornfields in Iowa and Nebraska are great, right? That soil is very rich. But if you go without fertilizer for a couple of years, you are screwed. The soil might be here in North America, but it is really reliant on other places in the world.

Is there any phosphate coming out of Russia or Ukraine for sale in the global markets?

Where does China fit into this equation?

The Middle East is the big producer of the phosphate concentrate, the stuff that you turn into fertilizer. And China is a major producer of the phosphate fertilizers – in fact, they represent roughly 30% of the traded market in phosphate fertilizers. But back in late October, they had announced that they were halting their exports of phosphates. Now, that's 30% of the market. You saw what the world did with nickel prices when Russia went out of the market, and they were nowhere near 30% of the nickel market.

But without phosphate for fertilizers, what happens to the food supply chain?

Although Ukraine is not a player in fertilizer, they are known as the breadbasket of Europe. But that's not really accurate. They're the breadbasket of the Middle East and Africa. Eighty percent of Egypt’s wheat comes from the Ukraine and western Russia.

A lot really depends on the region and where they get their stuff from. North America imports something like 5 million tons a year of phosphate, which is harder to get and more expensive – you can't get the Russian phosphate. So, again, Morocco is by far the largest producer of phosphate, and I think there’s definitely a pricing issue.

Will there be enough phosphate to meet supply, or is there a risk of supply depletions?

Instead of four to five million tons a year, you could need 10 million tons a year in additional supply, and that's going to be a problem. I'm not saying that it can't be done – mines can be expanded. But some people are calling for peak phosphate in 2035. I don't know, I'm not that smart, but you have a real problem.

Is there any other material that can be a substitute for phosphate?

It's funny, because I'm often asked if there is a substitute to phosphate. There is no substitute.

It's one of my taglines: Gold is sexy and oil is sexy, but you can't eat gold, and you can't drink oil. This is the stuff that matters.

No one's worrying about supply, no one's increasing supply. We’ve got a problem. I tell my young kids every day: you're going to face some really big problems, but understand that 99% of those big problems started as a small problem that you just didn't deal with. So now the world has a big problem and, yeah, it could have been dealt with.