A Look At Former Stock Superstars Jumia, Peloton and Virgin Galactic: Are There Any Signs Of Life?

Jumia Technologies (NYSE:JMIA), Peloton Interactive, Inc (NASDAQ:PTON) and Virgin Galactic Holdings, Inc (NYSE:SPCE) were high flying stocks at the beginning of 2021 both in terms of price and popularity.

Market conditions have undoubtedly changed drastically from the bull market that ensued following the crash caused by the onset of the COVID-19 pandemic. The market bottomed on March 23, when the S&P 500 bounced off the $2191.86 level and soared almost 120% higher over the many months that followed to reach an all-time high of $4,818.62 on Jan. 4 of this year.

Jumia, Peloton and Virgin Galactic missed out on the last year of that bull run, and seemingly faded from the retail investor's mind. Now trading down 90%, 93% and 90%, respectively, from their all-time highs, hope of a full recovery may seem pointless.

Unfortunately for retail traders who are stuck holding these stocks at much higher prices, a return to green does look far off, especially for Peloton and Virgin Galactic, which also have fundamental reasons for their long and steep declines.

The hype around Peloton waned as COVID-19 restrictions were lifted and the population was able to return to the gym for exercise. A federal investigation into Peloton’s equipment only made matters worse after the death of a child and dozens of injuries were linked to the company’s Tread+ machine.

Virgin Galactic hasn’t fared much better. Although the company's inability to meet timelines and bring customers to space has eliminated the risk of death for would-be astronauts, the Richard Branson-owned spaceflight firm has been unable to bring in any meaningful revenues. Virgin Galactic may get a second chance at life if it can meet its new deadline to bring commercial operations in the first quarter of 2023.

Jumia, on the other hand, may have more hope, at least in the near-term, because the e-commerce company showed strong growth when it printed its first-quarter earnings on May 17. For that quarter, Jumia’s revenue increased 40% year-over-year, causing the stock to soar almost 20% higher that day on far-above-average volume.

From a technical standpoint, Jumia is also the strongest of the bunch, trading in a consistent uptrend on the daily chart.

The Jumia Chart: Jumia reversed into an uptrend on May 12, when the stock reached a 52-week low of $4.47 and bounced. Jumia’s most recent higher high within the pattern was printed on Wednesday at $8.39 and the most recent higher low was formed at the $6.03 level on May 24. 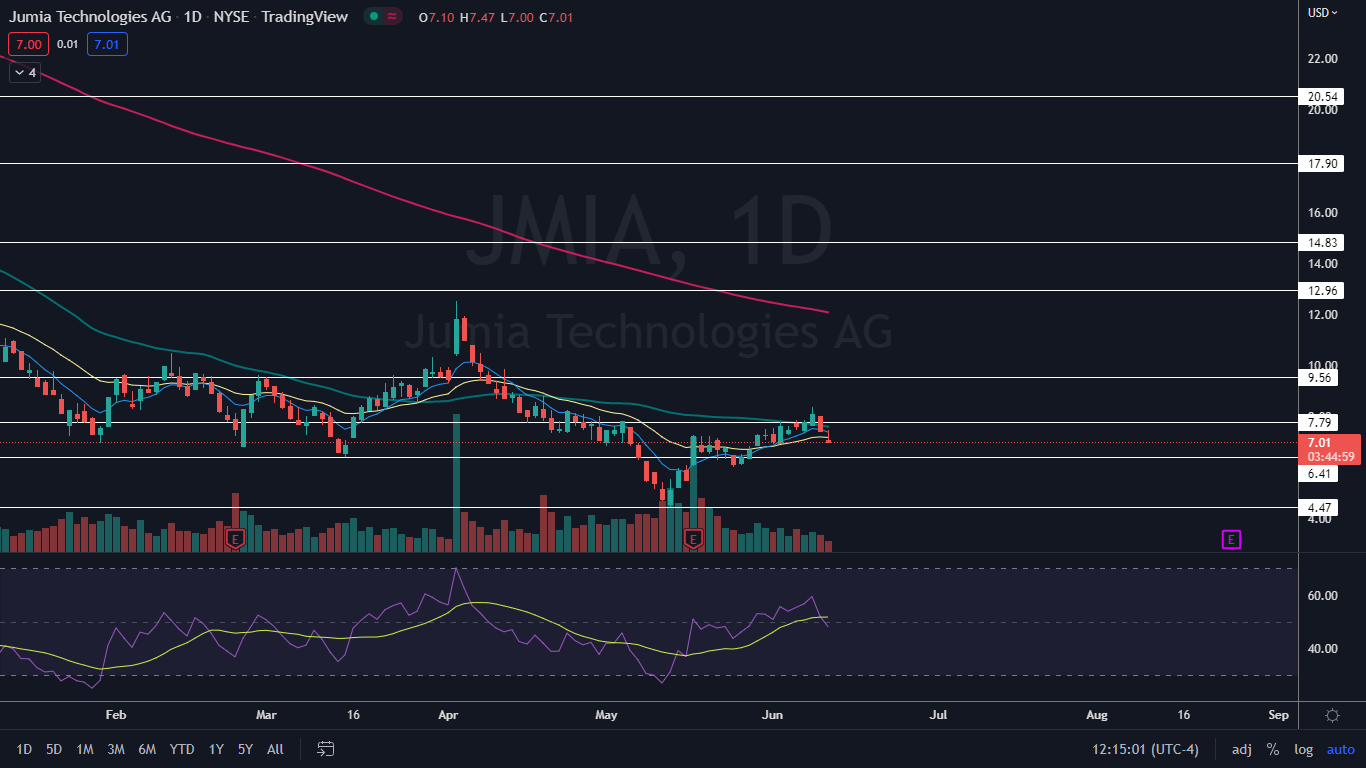