The SPDR S&P 500 (NYSE:SPY) gapped down 1.63% on Friday after new Consumer Price Index (CPI) data released by the Labor Department showed the Federal Reserve is losing the fight against inflation.

The CPI increased 8.6% before adjustment over the past 12-month period, coming in almost half a percentage point above the consensus estimate of 8.2%. Inflation hasn’t soared this quickly in over 40 years.

Consumers are feeling pain at the gas pumps and the supermarkets as the cost of essentials skyrockets. The average price for a gallon of gasoline neared $5 in the U.S. on Thursday, coming in at $4.97, and nearly half of the country is already paying above $5, with 21 states and Washington D.C. already surpassing that level.

The news spooked investors who fear surging prices will force Americans to spend less, which could throw the U.S. into a recession and by late Friday morning, the SPY was plunging almost 3%.

The SPY Chart: On Thursday, the SPY plunged 1.95% during the last two hours of the trading day as fear selling hit the market and investors prepared for a miss on CPI data. This caused the SPY to close at its low-of-day price, which indicated lower prices were likely to come on Friday. 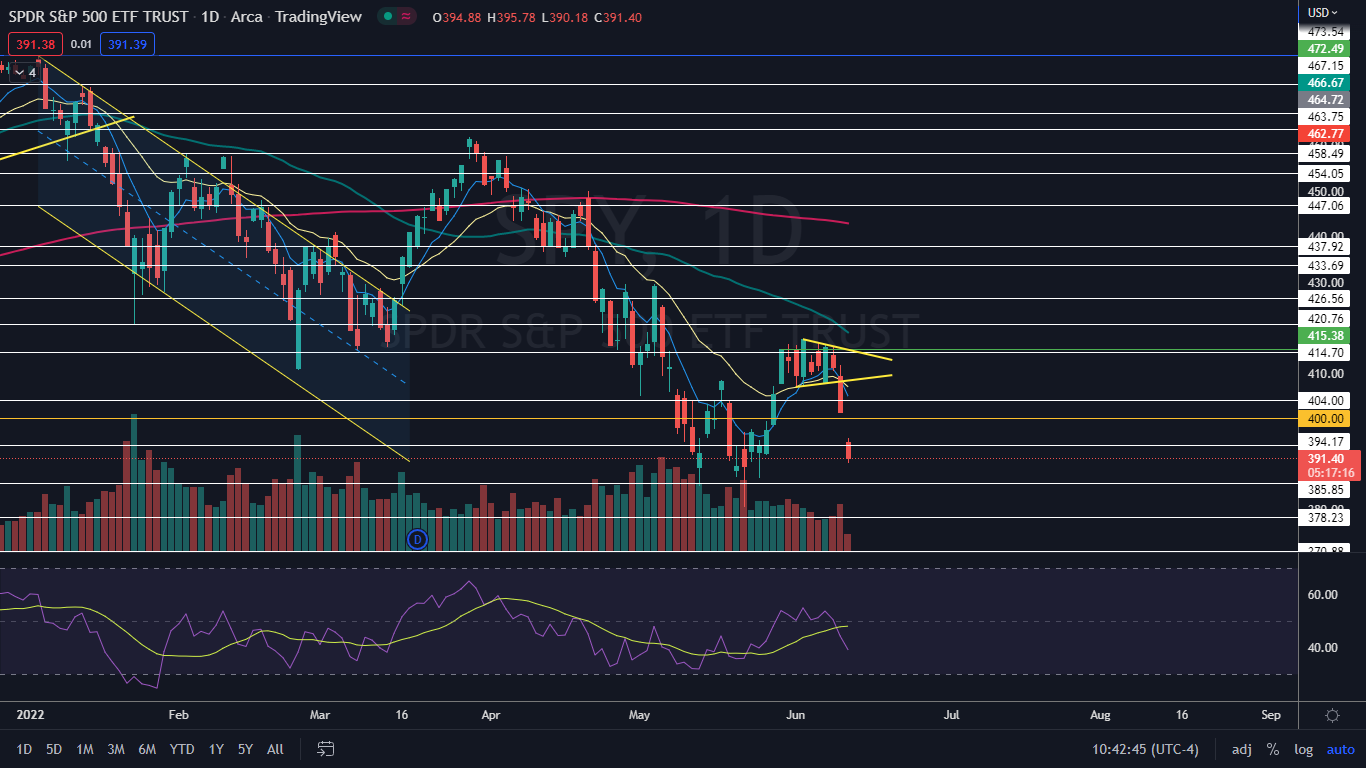 See Also: What To Expect From The Fed’s Quantitative Tightening