Tilray Inc (NASDAQ: TLRY) slipped to a new 52-week low on Thursday as the stock continued in a consistent 16-month downtrend that began in February 2021.

Tilray Inc (NASDAQ:TLRY) slipped to a new 52-week low on Thursday as the stock continued in a consistent 16-month downtrend that began in February 2021.

Tilray is also trading in a downtrend on the daily chart, which began on May 17, when the stock topped out at $5.15 following a brief bullish rally.

A downtrend occurs when a stock consistently makes a series of lower lows and lower highs on the chart.

The lower lows indicate the bears are in control while the intermittent lower highs indicate consolidation periods.

A stock often signals when the lower low is in by printing a reversal candlestick such as a doji, bullish engulfing or hammer candlestick. Likewise, the lower high could be signaled when a doji, gravestone or dragonfly candlestick is printed. Moreover, the lower lows and lower highs often take place at resistance and support levels.

In a downtrend the "trend is your friend" until it’s not and there are ways for both bullish and bearish traders to participate in the stock:

The Tilray Chart: Tilray’s most recent lower high within its downtrend was printed at $4.75 on May 26 and the most recent confirmed lower low was formed at the $4.24 mark on May 24. On Thursday, the downtrend showed little chance of reversing and the bears look to be securely in control. 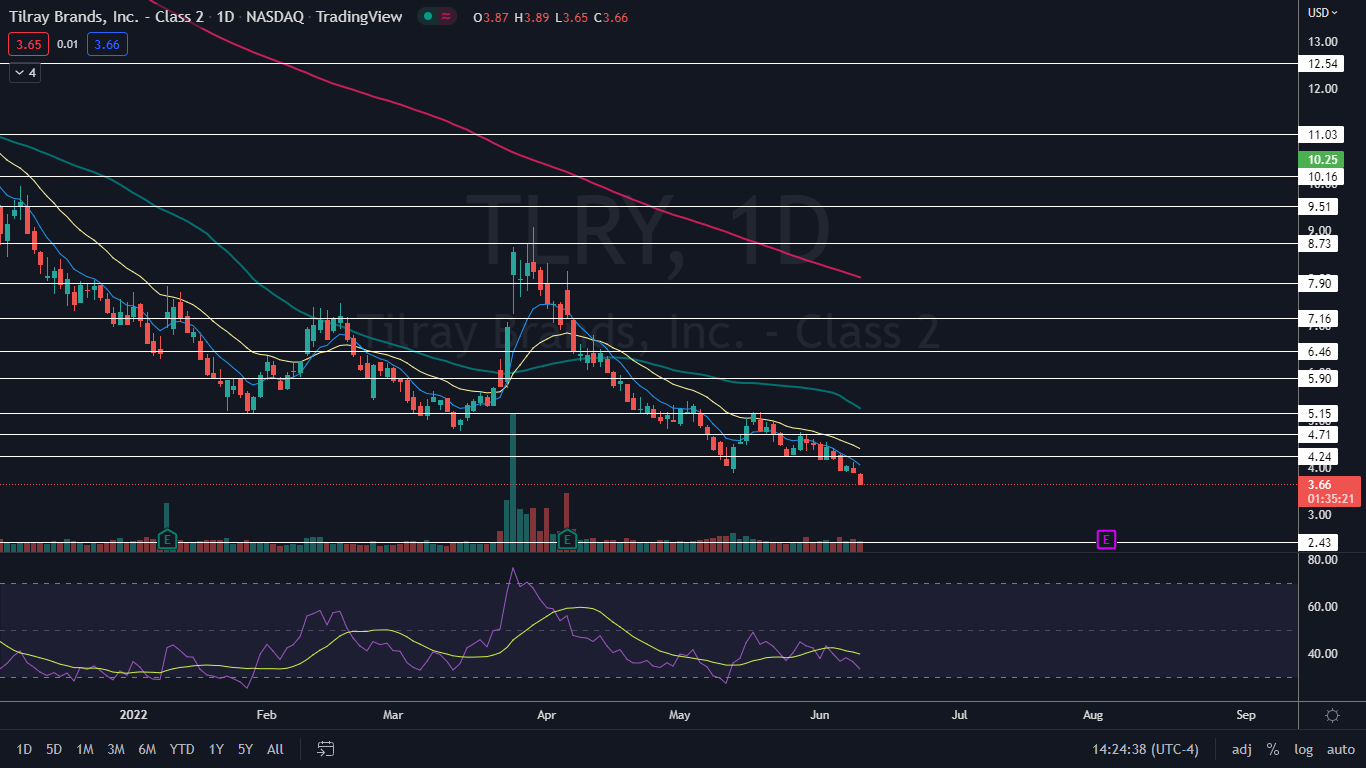 Photo by 2 Bull Photography on Unsplash