If You're Trading Alibaba As The Stock Surges, Here's How To Plan Entries And Exits

Alibaba Group Holdings, Ltd (NYSE: BABA) gapped up over 11% higher on Friday after breaking up from a falling channel pattern on Wednesday, which Benzinga called out two days prior.

Alibaba Group Holdings, Ltd (NYSE:BABA) gapped up over 11% higher on Friday after breaking up from a falling channel pattern on Wednesday, which Benzinga called out two days prior.

Although Alibaba looked set to trade higher from a technical standpoint, the gap up open was caused by news the Chinese government plans to hold a symposium with its home-based big tech firms beginning on May 1. Two sources who spoke to the South China Morning Post said the intention of the Chinese government is to inform the tech giants that regulators will end the intense crackdowns that have plagued the tech stocks for many months.

Alibaba suffered a 73% drop between the Oct. 27, 2020 all-time high of 319.32 and Monday, when the stock hit a low of $81.80, but since then has rebounded about 24%. Although Alibaba’s downtrend has now been negated, the stock has not yet confirmed an uptrend but if it does, Alibaba will offer a solid entry for bullish traders who aren’t already in a position.

The Alibaba Chart: When Alibaba broke up from the falling channel pattern it was on higher-than-average volume, which indicated the pattern had been recognized and a large move to the upside was in the cards. On Thursday, Alibaba closed the trading session at its high-of-day, which indicated the stock would trade higher again on Friday. 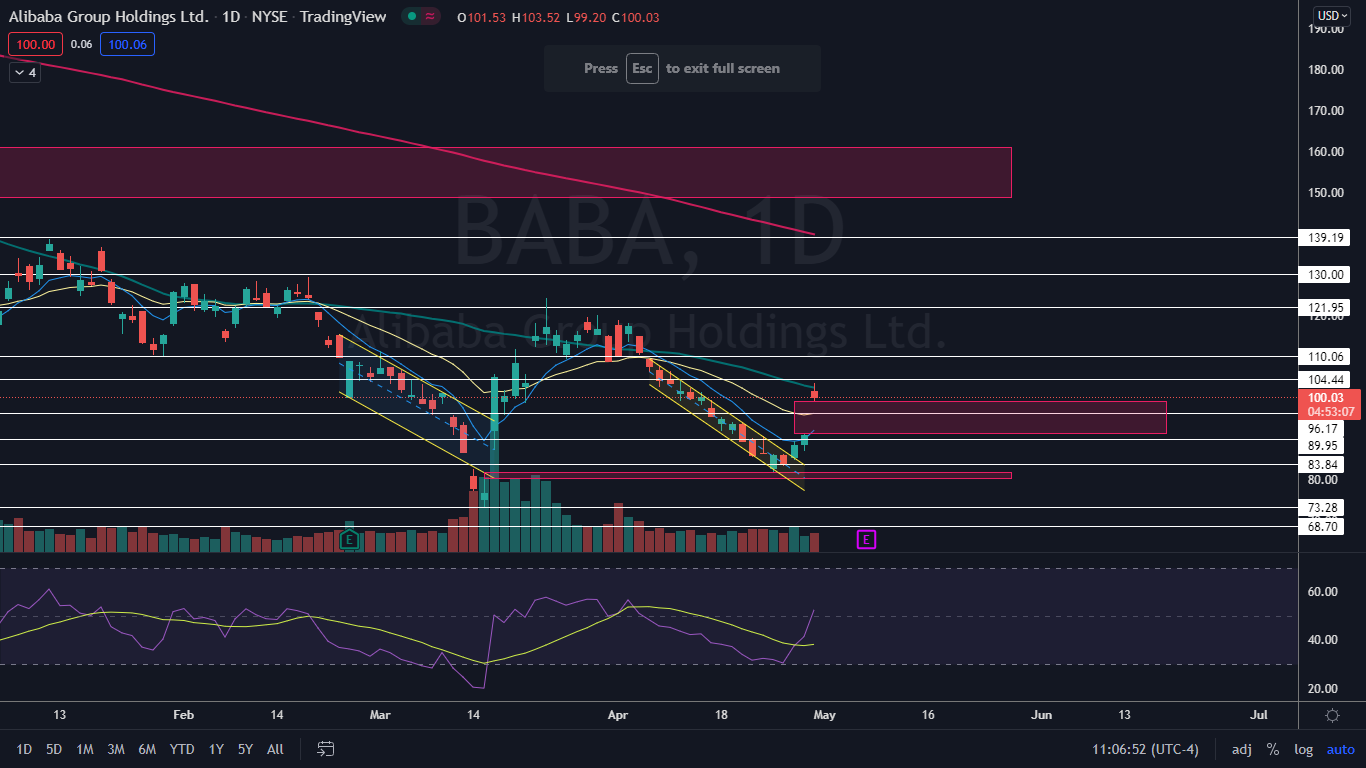 See Also: Alibaba's March Quarter Earnings Estimate Falls By Over 20% Over 3 Months: What You Need To Know