How Did Amazon Do In Q1?

The tech company reported first-quarter earnings per share that missed expectations. Amazon reported Q1 adjusted EPS of $7.37, compared to the analyst estimates of $8.07 according to Benzinga Pro Data. This equals an earnings miss of -8.67%.

The e-commerce behemoth generated $116.44 billion in revenue, while analysts were looking for $116.3 billion.

The revenue grew 7% in the quarter, down from 44% growth in the same period last year. This marks the slowest quarterly revenue growth for Amazon since the tech bubble in 2001 and a second consecutive three-month period of single-digit expansion.

Amazon Web Services (AWS) segment reported a revenue of $18.44 billion in the quarter, compared to the analyst expectations of $18.27 billion, according to Street Account.

The advertising segment generated $7.88 billion in the period, missing the consensus estimates of $8.17 billion. Shares were especially hit by the fact that the operating margin tumbled to 3.2% in the first quarter, down from 8.2% in the year-ago period.

Amazon saw a $7.6 billion loss from its bet on the electric carmaker Rivian after its shares plummeted more than 50% in the first quarter, leading to a total net loss of $3.8 billion.

For the second quarter, the company expects net sales to be in the range of $116 billion to $121 billion, marking a growth range of 3% to 7% - even slower than Q1. Analysts were expecting net sales of $125.5 billion.

The e-commerce giant cited macroeconomic challenges and the war in Ukraine as the primary factors behind the growth slowdown, with the CEO Andy Jassy saying the pandemic and geopolitical conflict in Europe “brought unusual growth and challenges.”

Jassy added that Amazon’s primary focus now is to offset costs in its fulfillment network after its staffing and warehousing capacity returned to regular levels.

In addition to the current macroeconomic conditions and Russia’s invasion of Ukraine, higher inflation and increased fuel and labor costs, coronavirus pandemic, and global supply challenges have also troubled Amazon in the recent period.

On a more positive note, Jassy said that Amazon is seeing “encouraging progress on a number of customer experience dimensions, including delivery speed performance as we’re now approaching levels not seen since the months immediately preceding the pandemic in early 2020.”

Earlier this month, the company declared a 5% surcharge for some of its U.S. sellers in an effort to offset costs. The surcharge came shortly after Amazon also raised the cost of its U.S. Prime membership for the first time in four years.

Amazon stock price is down roughly 9% in pre-market trading Friday after the tech titan delivered disappointing results and guidance. Shares are set to open today near the lows of June 2020. 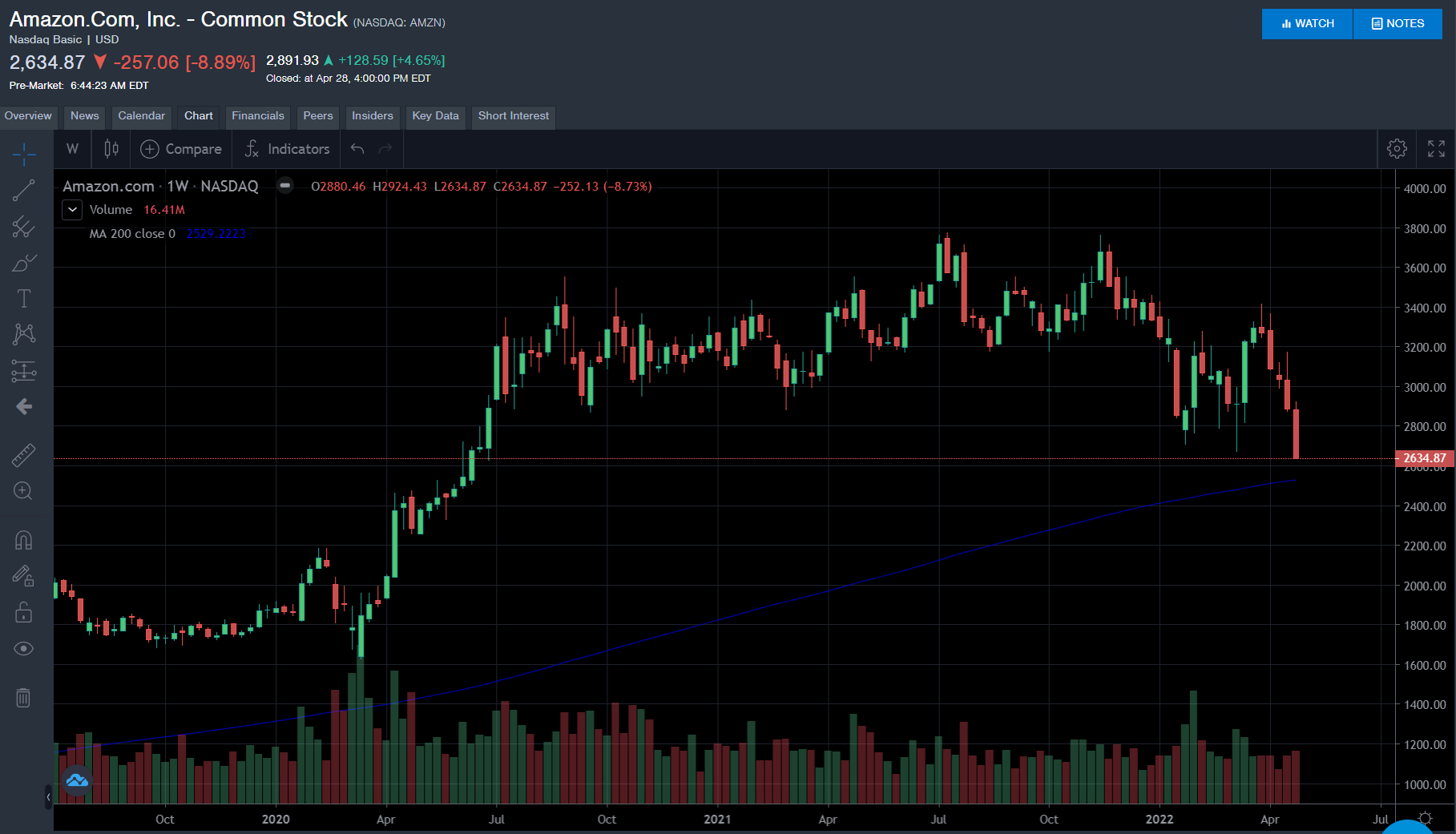 Alexander Voigt is the Chief Executive Officer and founder of daytradingz.com. He does not hold any positions in the mentioned stocks.