Chart Wars: Between Plug Power And FuelCell Energy, One Stock Appears Set To Go Higher In 2022

FuelCell Energy Inc (NASDAQ: FCEL) and Plug Power Inc (NASDAQ: PLUG) have plummeted about 82% and 62%, respectively, from their all-time highs reached in the first quarter of 2021, despite the SPDR S&P 500

FuelCell Energy Inc (NASDAQ:FCEL) and Plug Power Inc (NASDAQ:PLUG) have plummeted about 82% and 62%, respectively, from their all-time highs reached in the first quarter of 2021, despite the SPDR S&P 500 rising about 30% higher since Jan. 4 of this year.

As the 2022 trading year approaches, traders and investors interested in the fuel cell sector may be wondering which stock has more potential to gain value in the upcoming calendar year. Both FuelCell and Plug Power have created trends on the weekly chart that may hint at their future direction, if the trends stay intact.

It should be noted, however, that events such the general markets turning bearish, negative reactions to earnings reports and pessimistic news headlines about a stock can quickly invalidate bullish patterns and breakouts.

As the saying goes, "the trend is your friend until it isn’t" and any trader in a bullish position should have a clear stop in place and manage their risk versus reward.

In The News: FuelCell slid over 13% intraday on Wednesday after the company reported worse-than-expected fourth-quarter results. FuelCell announced revenue of $13.9 million, which missed the consensus estimate of $21.8 million and an earnings-per-share loss of 7-cents, which came in below the estimate of a 4-cent loss.

Plug Power, which has somewhat decoupled from FuelCell’s price fluctuations, was trading flat intraday. Although Plug Power has suffered a massive decline over the past 11 months, it has shown greater strength than FuelCell recently.

The FuelCell Chart: On Wednesday, FuelCell confirmed it is still trading in a weekly downtrend by printing a lower low of $4.83 under the Sept. 13 low of $5.34. 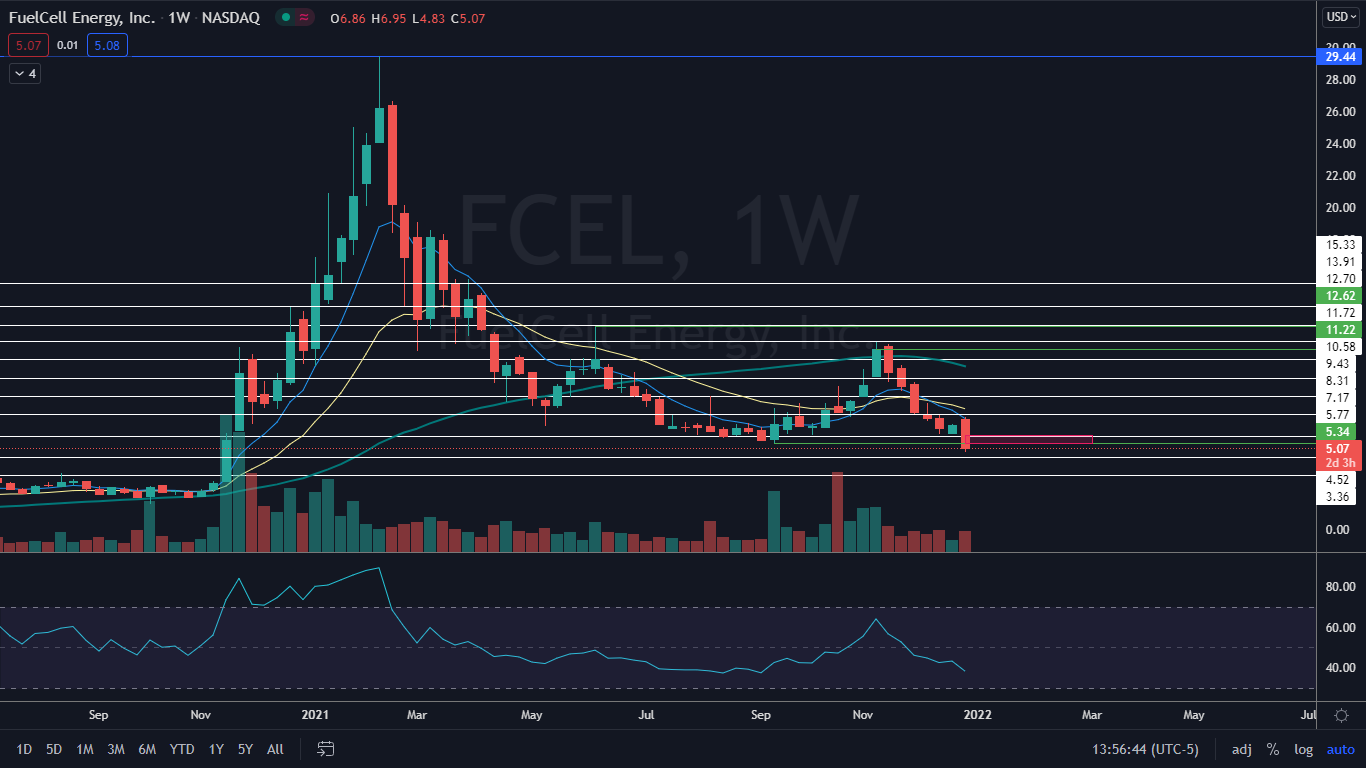 The Plug Power Chart: Unlike FuelCell, Plug Power is trading in a weekly uptrend, with the most recent higher low created on Tuesday at the $27.11 mark.