This Is What Whales Are Betting On Rivian Automotive

A whale with a lot of money to spend has taken a noticeably bearish stance on Rivian Automotive. Looking at options history for Rivian Automotive (NASDAQ:RIVN) we detected 27 strange trades.

A whale with a lot of money to spend has taken a noticeably bearish stance on Rivian Automotive.

If we consider the specifics of each trade, it is accurate to state that 33% of the investors opened trades with bullish expectations and 66% with bearish.

Taking into account the Volume and Open Interest on these contracts, it appears that whales have been targeting a price range from $60.0 to $170.0 for Rivian Automotive over the last 3 months.

Looking at the volume and open interest is a powerful move while trading options. This data can help you track the liquidity and interest for Rivian Automotive's options for a given strike price. Below, we can observe the evolution of the volume and open interest of calls and puts, respectively, for all of Rivian Automotive's whale trades within a strike price range from $60.0 to $170.0 in the last 30 days. 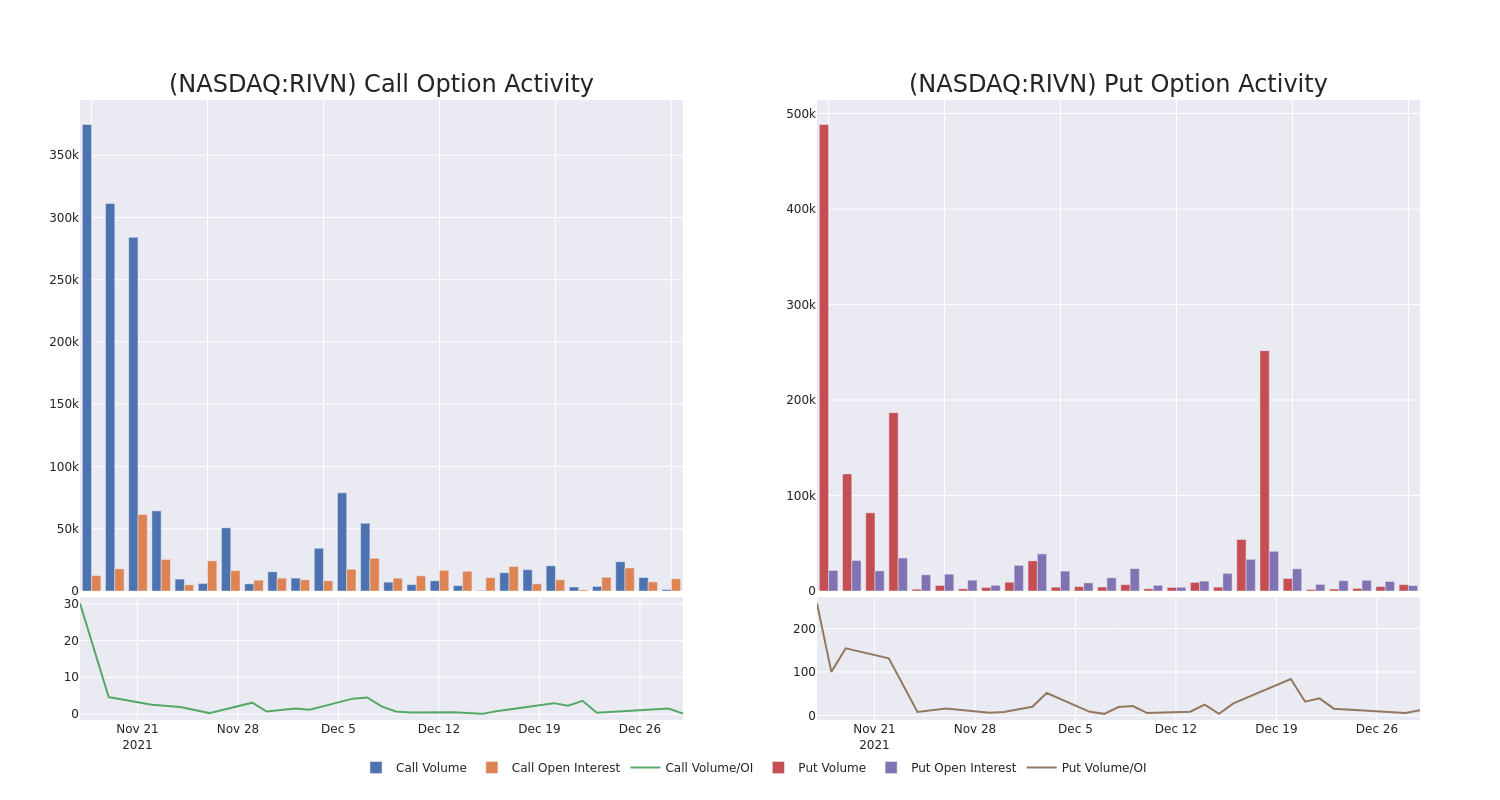 What The Experts Say On Rivian Automotive:

Options are a riskier asset compared to just trading the stock, but they have higher profit potential. Serious options traders manage this risk by educating themselves daily, scaling in and out of trades, following more than one indicator, and following the markets closely.

If you are already an options trader or would like to get started, head on over to Benzinga Pro. Benzinga Pro gives you up-to-date news and analytics to empower your investing and trading strategy.