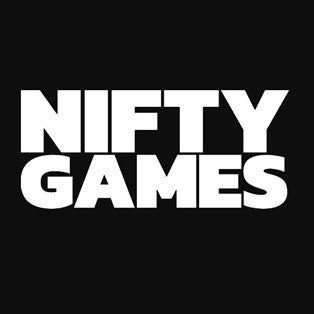 This year, NFL Clash, one of the industry’s first true mobile sports games licensed by the NFL will be released, which makes today’s news all the more exciting. Video game developer and publisher Nifty Games just raised $26M in a Series B round of equity funding led by Vulcan Capital, which will be used to further grow the company’s sports games line-up as well as investing in top-tier development staff to deliver state-of-the-art gameplay for global sports fans.

For the uninitiated, a Series B round is typically centered around startups that are looking to increase production or sales, allowing for the company to scale up its production and reach more customers. This serves as the “third wave” of funding needed for a startup, predicated upon two previously successful funding rounds. It is not uncommon during a Series B round for investors to assist, helping to move a small business into a larger business bracket.

With Nifty Games’ recent Series B round, the company’s available capital raised-to-date is approximately $53 million. Since its 2018 inception, Nifty Games has continued to attract investors globally, raising over $50 million with gaming industry veterans Jon Middleton and Pete Wanat at the helm.

Other investors include managing owner of the NBA’s Boston Celtics Steve Pagliuca, Speedwagon Capital, and Ganigels, a global network of LGBT/Ally investors, positioning Nifty Games as the industry’s most well-funded mobile gaming startups.

“Nifty Games sits at the exciting intersection of sports fandoms, mobile gaming, and IP driven business models,” said Stephen Pagliuca, co-owner of the Boston Celtics and co-chair of Bain Capital. “I’ve been impressed with the team’s vision and execution to  date, and believe their approach will redefine the mobile sports game sector. And as a  fan myself, I can't wait to play their games and see them top the charts!”

Vulcan Capital has been an early investor with Nifty Games, making the future debuts of NFL Clash and NBA Clash all the more valuable. According to Mike Birt, Director of Branding and Partnerships at LifeFlip Media, the upcoming release of these two games will have a significant impact on the sports and gaming markets.

“We see an incredible commercial opportunity in bringing premium sports games  to casual mobile game fans, in which they get to build a roster with favorite pro  players and call the shots as their team competes all season long,” said YB Choi,  Partner at Vulcan Capital. “Given our early involvement with Nifty Games, we’re  excited to step up our support as they head towards making their first games, NFL  Clash and NBA Clash, available to sports fans worldwide.”

Adding to Vulcan’s statement is Jon Middleton, CEO of Nifty Games, who expresses the company’s true appreciation for its partnerships with the NFL, NFLPA, NBA, and NBPA.

“With Nifty Games Series B, we’ve been fortunate to add further investments from partners that are true supporters with each  believing in our team and the larger opportunity ahead,” Middleton told Benzinga.

“We’ve purpose-built Nifty Games to deliver a new slate of sports games for mobile gamers worldwide. We’re proud of the team we’ve assembled, our incredible partnerships with the NFL, NFLPA,  NBA, and the NBPA, as well as our family of financial backers committed to seeing Nifty Games win big. We’re excited to grow Nifty Games as NFL Clash and NBA Clash lead the way!”