Marijuana advocates and stakeholders such as the Marijuana Justice Coalition and National Cannabis Industry Association have bombarded U.S. senators with feedback on a bill for the federal legalization of cannabis.

Marijuana advocates and stakeholders such as the Marijuana Justice Coalition and National Cannabis Industry Association have bombarded U.S. senators with feedback on a bill for the federal legalization of cannabis.

Although President Joe Biden has been slower than many may have hoped to address cannabis reform, pressure seems to be mounting to end prohibition.

With bullish seasonality approaching the cannabis sector, a political move forward could give a much-added boost to many of the individual companies in the space such as Tilray Inc (NASDAQ:TLRY).

The Tilray Chart: Tilray’s stock has been trading in a downtrend since June 9, making fairly consistent lower highs and lower lows. The downtrend slowed on July 27 when the stock hit a bottom at the $12.54 mark. Since then, Tilray’s stock has not fallen below the level but has retested the level as support on three separate occasions creating a bullish triple bottom pattern on the daily chart.

Tilray has also fallen into a descending triangle pattern with an upper descending trendline holding the stock down since June 14. The stock has tried to break up from the pattern five times but failed, including this Tuesday and Wednesday.

The more times a security attempts to break from a trendline, the weaker the support or resistance becomes. Tilray could be powering up for a bullish upwards break.

Tilray has a lot of work to do to regain the 200-day simple moving average. 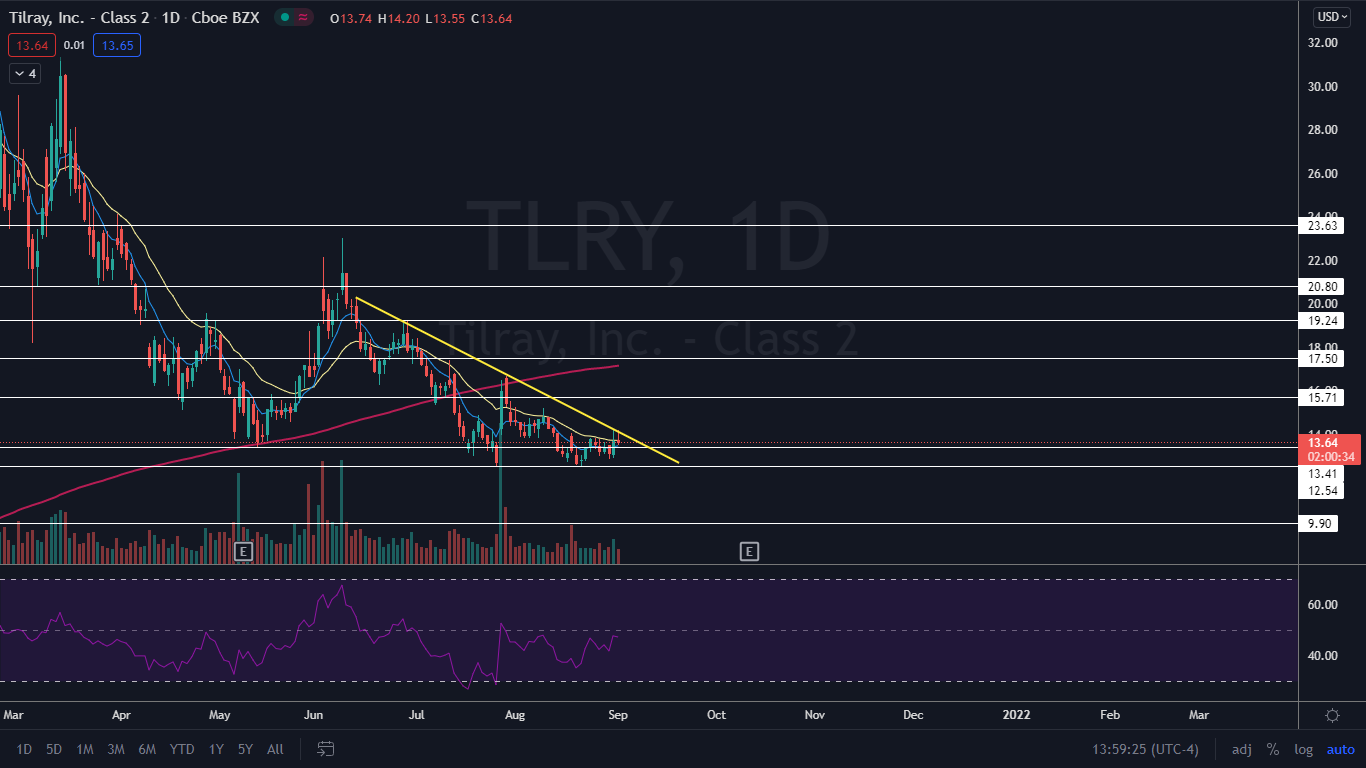 Photo by Kym MacKinnon on Unsplash