Earlier this month on CNBC, Ritholtz Wealth Management CEO Josh Brown called out Starbucks Corp (NASDAQ:SBUX) as a top reopening play. He cited the company’s investments into technology and delivery as well as an increase in foot traffic as the reasons why he believes the stock will grow as the economy continues to open back up.

Starbucks sold off over 10% after making a bearish triple top pattern at its all-time high of $126.32 and entering into a downtrend. The stock then reversed course and formed a bullish triple bottom pattern near the $113 level.

The Starbucks Chart: After the triple bottom pattern was recognized Starbucks on Aug. 26 Starbucks’ stock shot up over 3% over the following three trading days. On Wednesday the stock gapped up slightly higher but immediately fell down to fill the gap but then popped back up over a support level at $117.57.

Tuesday’s move confirmed Starbucks is in an uptrend because it made a higher high over its Aug. 25 high of $116. For the uptrend to stay in tack, Starbucks will need to hold above the Aug. 26 low of $113.88.

Starbucks has a gap above that was left behind on July 28 following the company’s earnings print. Because gaps on charts fill 90% of the time, it's likely Starbucks will trade back up into the $124 range in the future.

After a big bullish day on Tuesday, in terms of both price action and volume, Wednesday’s action was taking place on relatively low volume which confirms consolidation as opposed to exit volume. Bulls want to see any further consolidation continue on low volume to feel confident going forward. 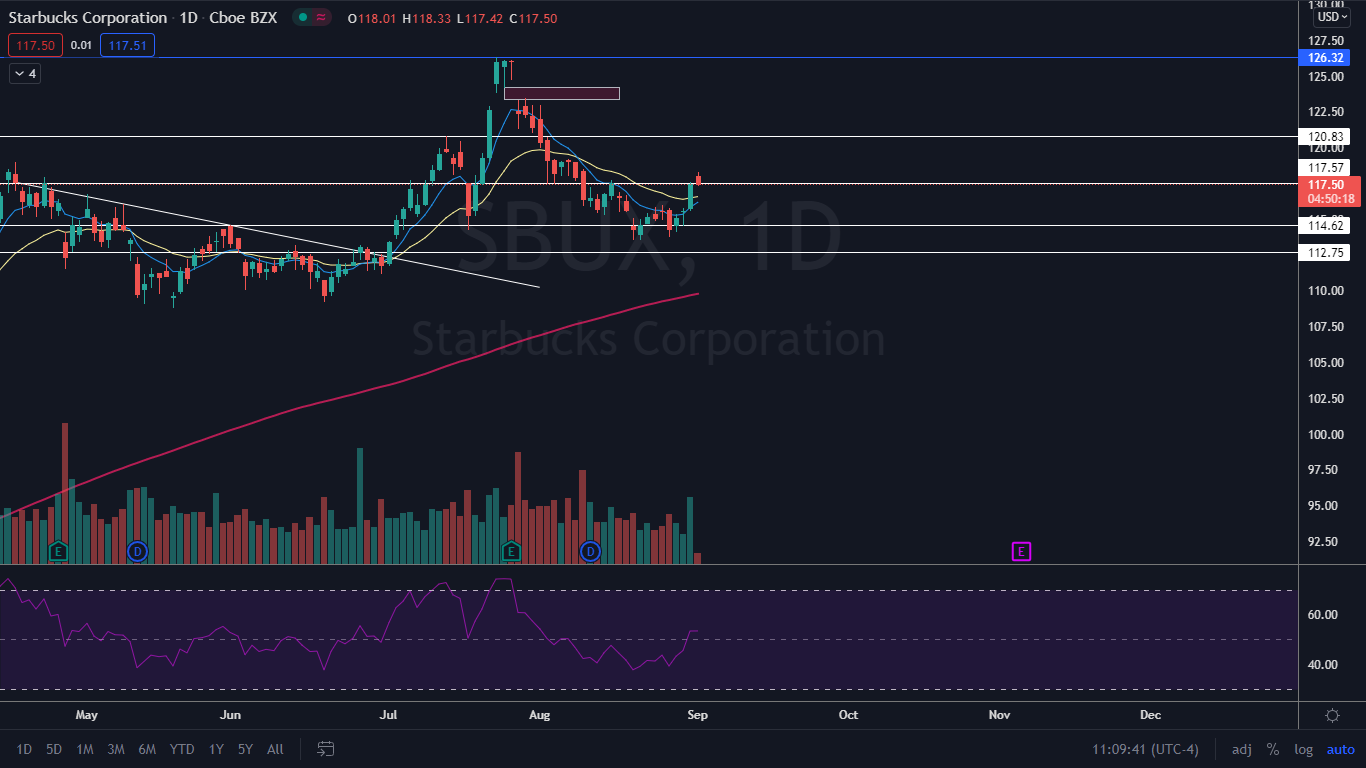