Let's define some of the terms we used in the paragraph above. Current debt is the portion of a company's debt which is due within 1 year, while long-term debt is the portion due in more than 1 year. Cash equivalents include cash and any liquid securities with maturity periods of 90 days or less. Total debt equals current debt plus long-term debt minus cash equivalents.

Investors look at the debt-ratio to understand how much financial leverage a company has. Dynagas LNG Partners has $965.84 million in total assets, therefore making the debt-ratio 0.63. Generally speaking, a debt-ratio more than one means that a large portion of debt is funded by assets. As the debt-ratio increases, so the does the risk of defaulting on loans, if interest rates were to increase. Different industries have different thresholds of tolerance for debt-ratios. A debt ratio of 35% might be higher for one industry and average for another.

Besides equity, debt is an important factor in the capital structure of a company, and contributes to its growth. Due to its lower financing cost compared to equity, it becomes an attractive option for executives trying to raise capital.

However, due to interest-payment obligations, cash-flow of a company can be impacted. Having financial leverage also allows companies to use additional capital for business operations, allowing equity owners to retain excess profit, generated by the debt capital. 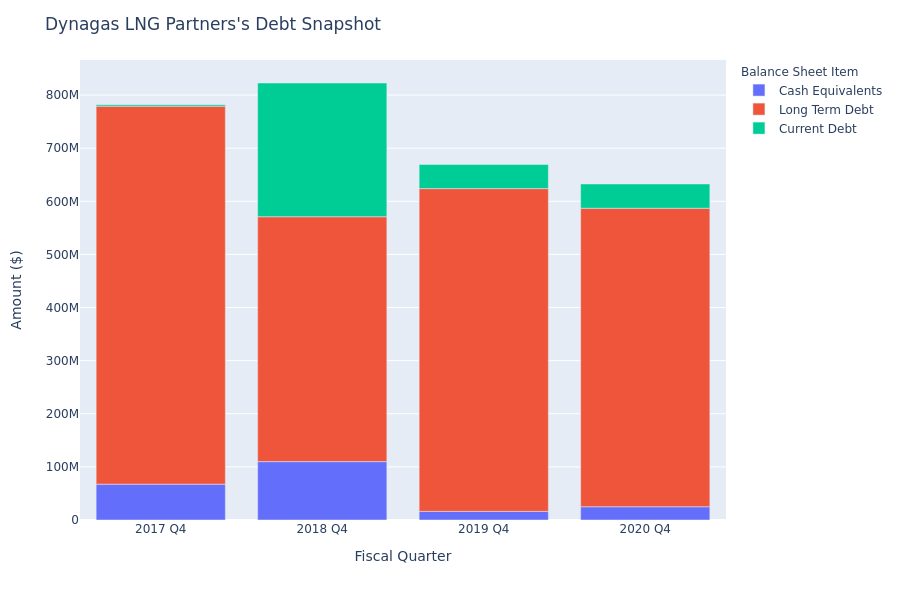