Tesla Inc (NASDAQ: TSLA) sold 25,845 units of its Shanghai-made electric vehicles in April, according to a report from the Chinese state media Global Times that cited the data from China Passenger Car Association

Tesla Inc (NASDAQ:TSLA) sold 25,845 units of its Shanghai-made electric vehicles in April, according to a report from the Chinese state media Global Times that cited the data from China Passenger Car Association (CPCA).

What Happened: Tesla’s monthly April sales in China jumped seven-folds compared with a year ago but sales during the month were significantly lower on a sequential basis.

The California-based electric automaker had sold 35,478 units in March this year, representing a 27% drop on a sequential basis, while the overall EV market saw a significantly smaller 12% month-on-month decline, MarketWatch earlier noted.

According to the CPCA data, the overall China passenger vehicle sales grew 12.4% to 1.6 million vehicles in April compared with a year ago. EVs sales nearly tripled to 163,000 vehicles.

Tesla’s sequential sales dip in April was significantly more than its closest rivals in China BYD Co Ltd’s (OTC:BYDDF) and Nio Inc (NYSE:NIO) which showed a drop of 1% to 2% in sales when compared with March numbers. 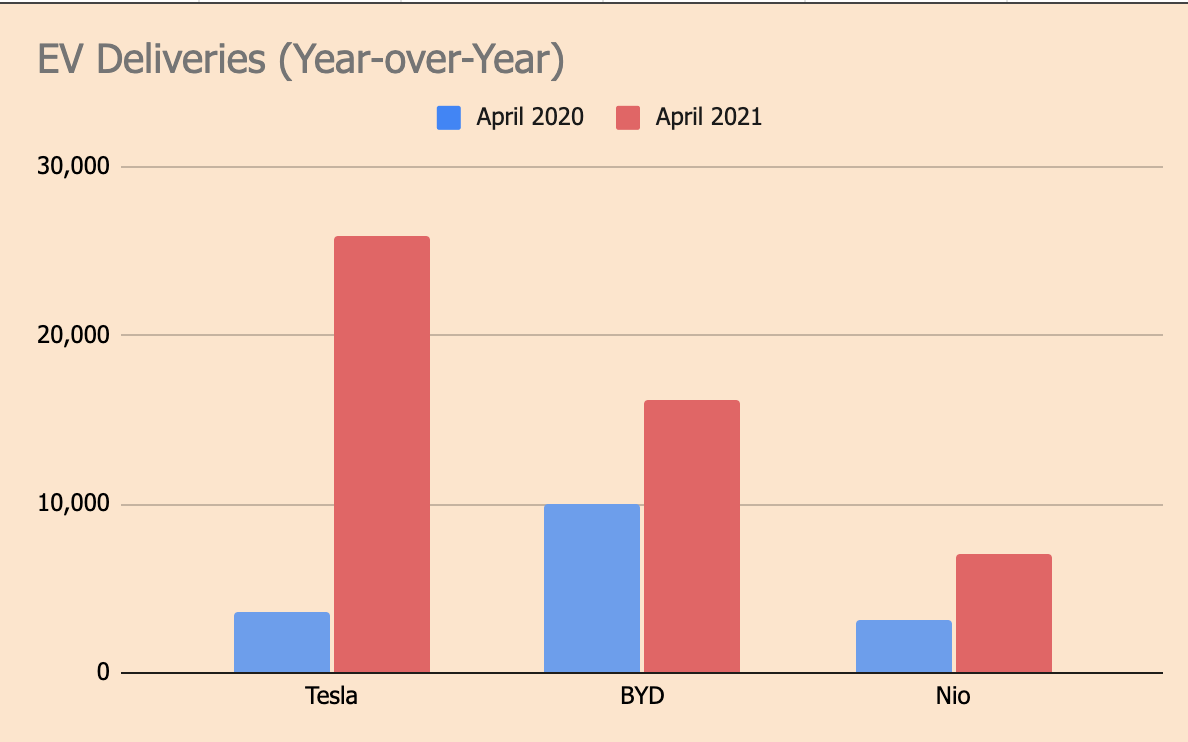 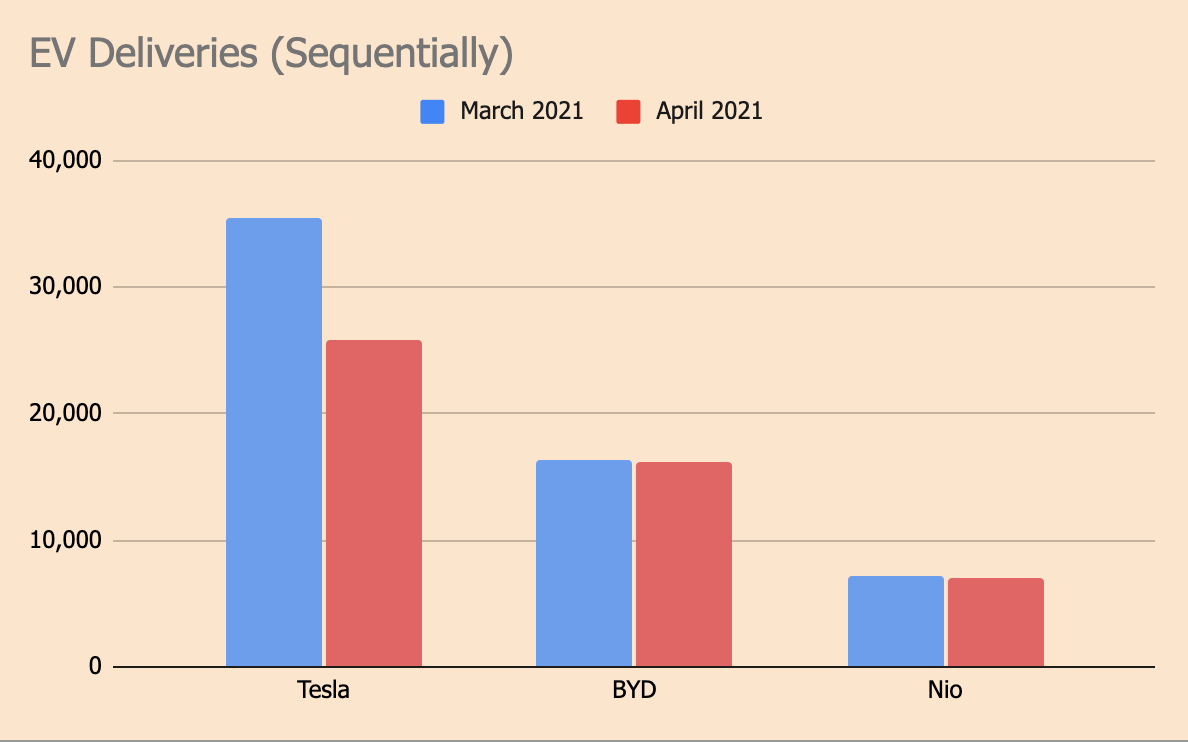 Why It Matters: The significant drop in Tesla deliveries in China comes at a time when the company has been facing rough weather in the country, a market that contributes nearly 30% of the electric vehicle maker's global sales and is its second-largest market after the United States.

The Elon Musk-led company will later this year launch a platform for customers in China that will allow them access to data generated by their vehicles, according to a Reuters report.

Just last month, the EV maker became a media and regulatory target after a customer at the Shanghai auto show protested an alleged malfunctioning of brakes, the videos of which became viral.

Read Next: Apple, Tesla Earnings Reports Show An Increasing Reliance On China As A Market