Some price levels are more important than others.

Resistance turns into support because of seller’s remorse.

Many of the investors who sold DOT at $40 in February and March regretted their decision to do so after it rallied and went higher. A number of these remorseful sellers decide to buy it back if they can get it for the same price they sold at. This results in buy orders being placed at the level that had been resistance. There were so many of these buy orders that it caused the level to turn into support in April.

Support turns into resistance because of buyer’s remorse.

After the support broke and DOT went lower, a number of the investors who bought it at $40 regret doing so. Many of these remorseful buyers decide to sell. But they will only do so if they can get the same price they paid so they won’t lose money. This results in sell orders being placed at the level that was support. If there are enough of these orders, the level becomes resistance like here.

Going forward, DOT traders should have an awareness of the importance of the $40 level. It could continue to be both support and resistance. 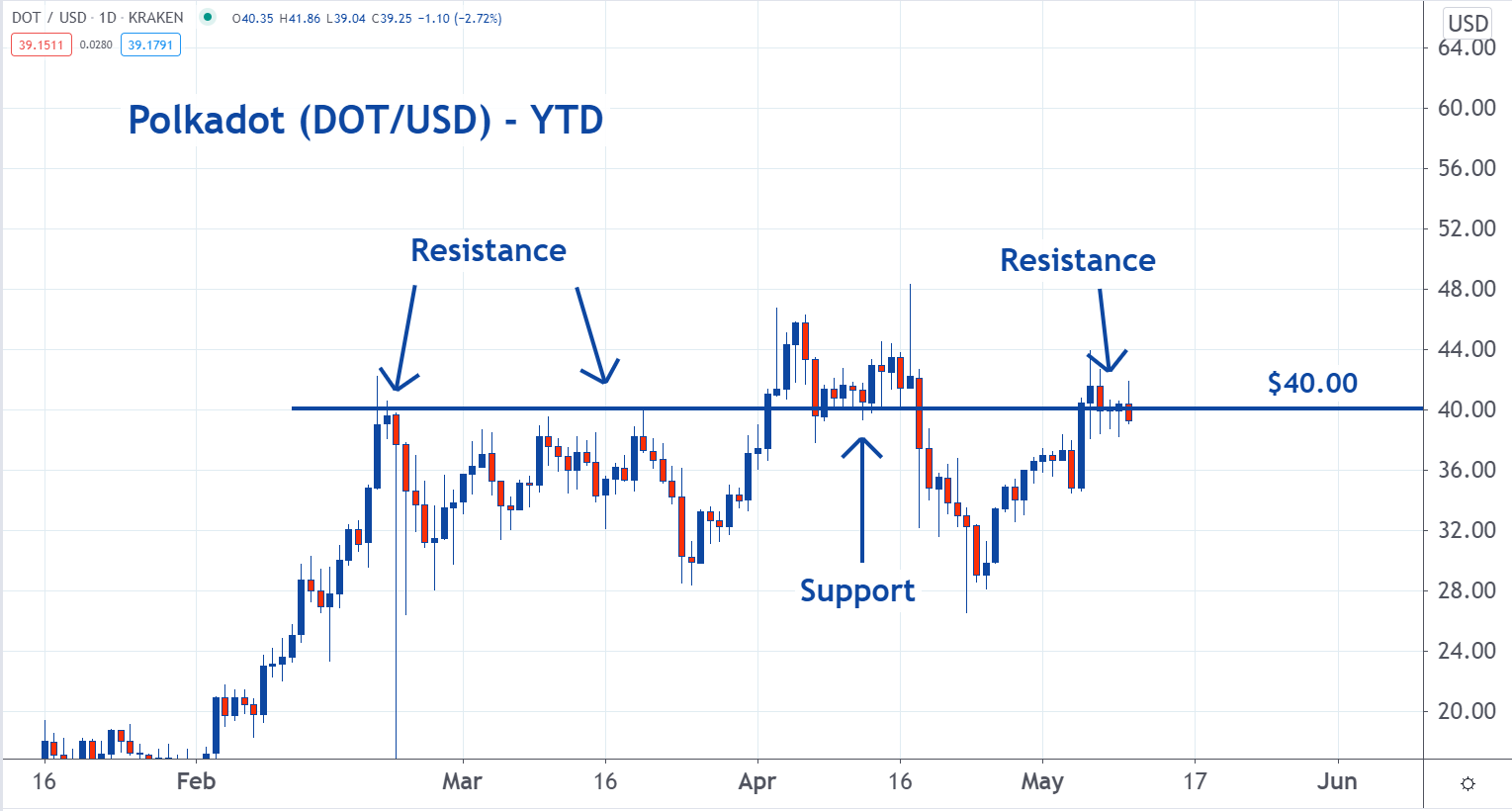