Is The Death Spiral Of Sundial Growers Finally Ending?

Shareholders of Sundial Growers Inc. (NASDAQ: SNDL) may finally have something to celebrate. The sell-off may be coming to an end, at least temporarily.

Shareholders of Sundial Growers Inc. (NASDAQ:SNDL) may finally have something to celebrate. The sell-off may be coming to an end, at least temporarily.

Shares have dropped to what could be a support level. And sometimes, sel-loffs end when they reach them. There could be support at 75 cents because of seller’s remorse.

Some of the investors who sold Sundial in January at 75 cents thought they made a good decision. By the end of the month, shares fell below 60 cents.

Then they skyrocketed higher and reached the $2.50 level a few weeks later. Some of these investors who sold changed their minds. They now regret their decision to sell and decide to buy their shares back.

But they will only do so if they can get them for the same price they sold at.

As a result, they place their buy orders at their selling price, or 75 cents. If there are enough of these buy orders, it will create support. That could happen here and it could set the stage for a small rebound. 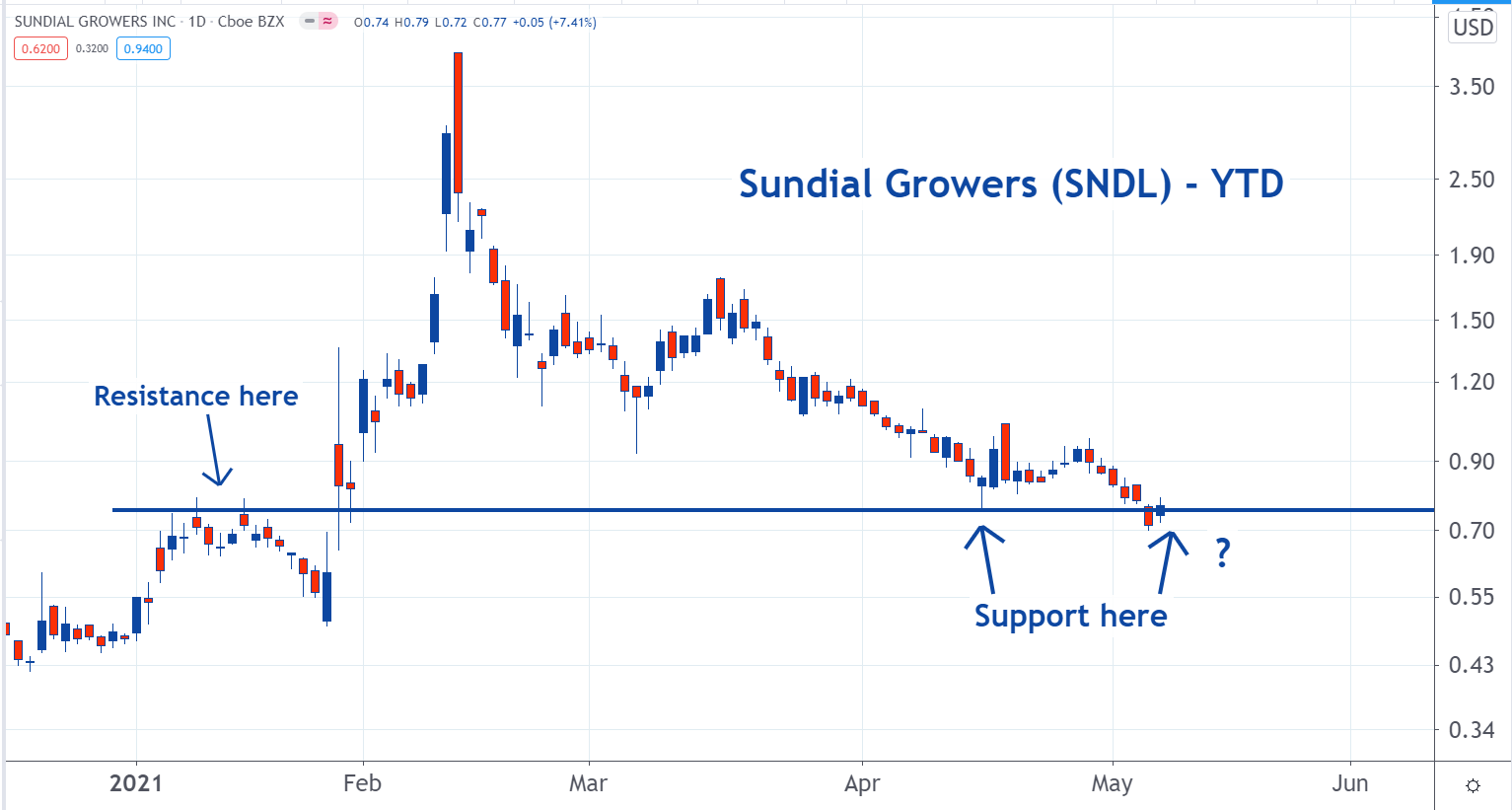