On Tuesday, May 11, Sientra (NASDAQ:SIEN) will release its latest earnings report. Decipher the announcement with Benzinga's help.

On Tuesday, May 11, Sientra (NASDAQ:SIEN) will release its latest earnings report. Decipher the announcement with Benzinga's help.

Why Analyst Estimates And Earnings Surprises Are Important

Wall Street analysts who study this company will publish analyst estimates of revenue and EPS. The averages of all analyst EPS and revenue estimates are called the "consensus estimates"; these consensus estimates can have a significant effect on a company's performance during an earnings release. When a company posts earnings or revenue above or below a consensus estimate, it has posted an "earnings surprise", which can really move a stock depending on the difference between actual and estimated values.

The analyst consensus estimate would represent a 52.63% increase in the company's EPS figure. Sales would be up 10.91% from the same quarter last year. Here is how the company's reported EPS has stacked up against analyst estimates in the past: 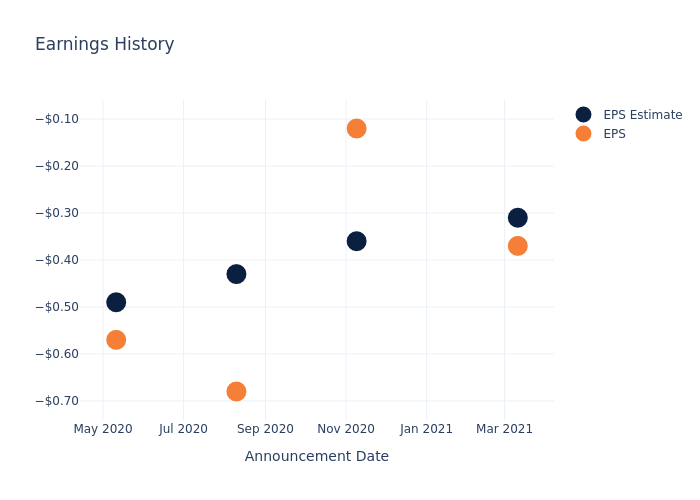 Shares of Sientra were trading at $7.195 as of May 07. Over the last 52-week period, shares are up 153.83%. Given that these returns are generally positive, long-term shareholders are probably happy going into this earnings release.

Do not be surprised to see the stock move on comments made during its conference call. Sientra is scheduled to hold the call at 16:30:00 ET and can be accessed here.