While Tesla Inc (NASDAQ: TSLA) and Miley Cyrus were making their “Saturday Night Live” appearance, some unscrupulous actors were running a Dogecoin (DOGE) scam i

What Happened: On Sunday, a tweet which was disguised to appear as if it came from the verified account of Cyrus asked for “supporters” to help “crypto mass adoption.”

The scam tweet promised that 100 million DOGE would be distributed among those who participated in the “event.” A link was also provided. 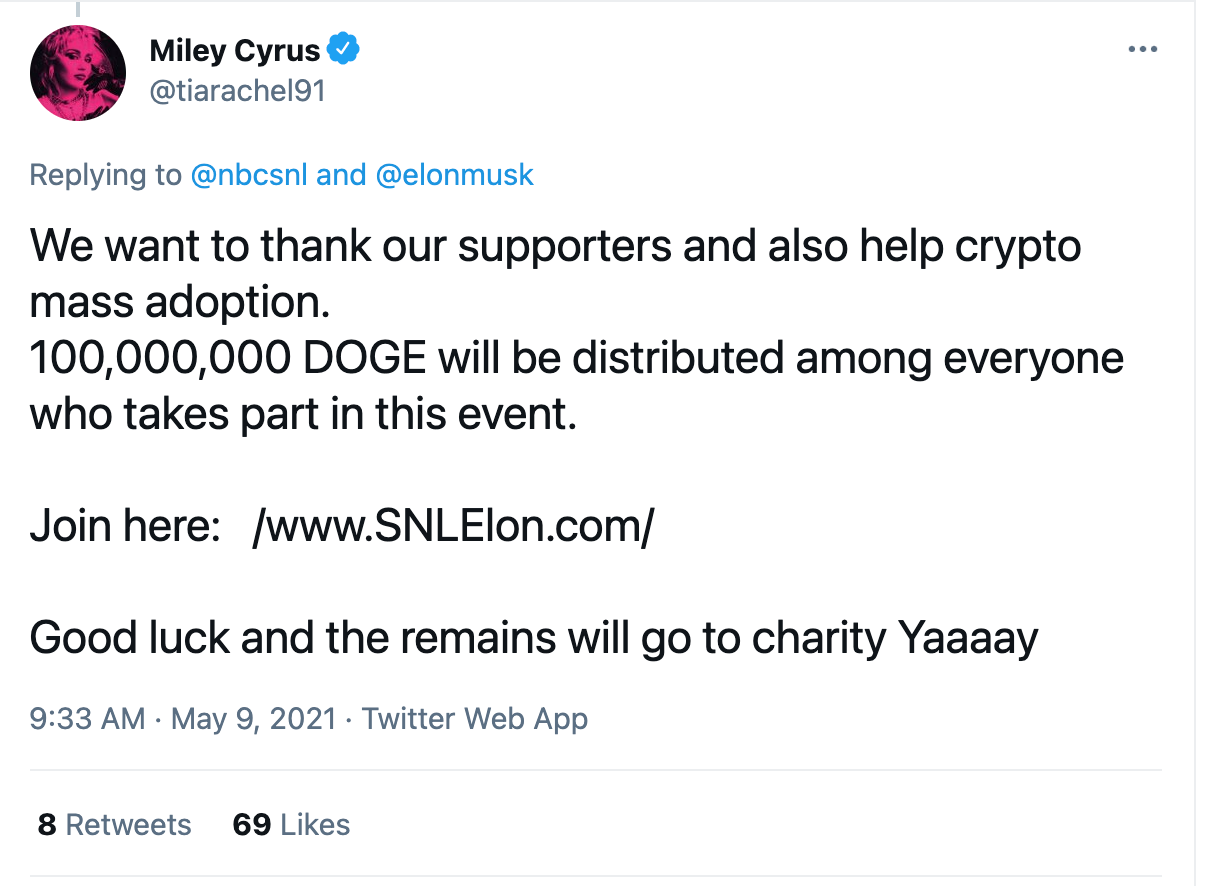 A Grab From Twitter Showing The Scam In Progress

The promised reward in DOGE converts to $54.3 million, while the BTC amount is equivalent to $294.96 million as of press time.

Why It Matters: The tweets appeared to have been made by an account belonging to a Season 22 participant in the reality television show "The Bachelor."

The website whose link was provided in the impersonated tweet demanded DOGE, BTC, and Ethereum (ETH) and promised multiplied returns.

In March, a fake account impersonating Musk’s profile on Twitter cost a man $561,000. That scam also revolved around an “event.”

There has been a string of scams carried out by verified Twitter accounts that can seem convincing at first. This makes it vital for social media users to check the username to make sure the tweet is posted by a real account holder.

Last year, when Game of Thrones actress Maisie Williams sought cryptocurrency advice from her followers on Twitter, the tweet was responded to by both the real Musk and an impersonator.

Read Next: Why Is Dogecoin Refusing To Budge As Elon Musk Gives One Push After Another?