Support is a large concentration of buyers that are all looking to pay the same price for a stock. At support levels, there is more demand for the shares than there is supply. That’s why sell-offs end when they reach them.

When a support level breaks, meaning if a stock trades below it, it’s an illustration that the buyers who formed the support are gone. They either canceled or finished their orders.

With this demand for the shares off of the market, sellers will have no choice but to accept lower prices. This can force the stock into a downtrend.

See Also: 3 Reddit Stocks In Meltdown Mode: Is A Rally On The Horizon?

The $167 level was support for Etsy in late December and early January. A rally followed then, but Thursday shares broke the support and moved lower. The price may continue to fall. 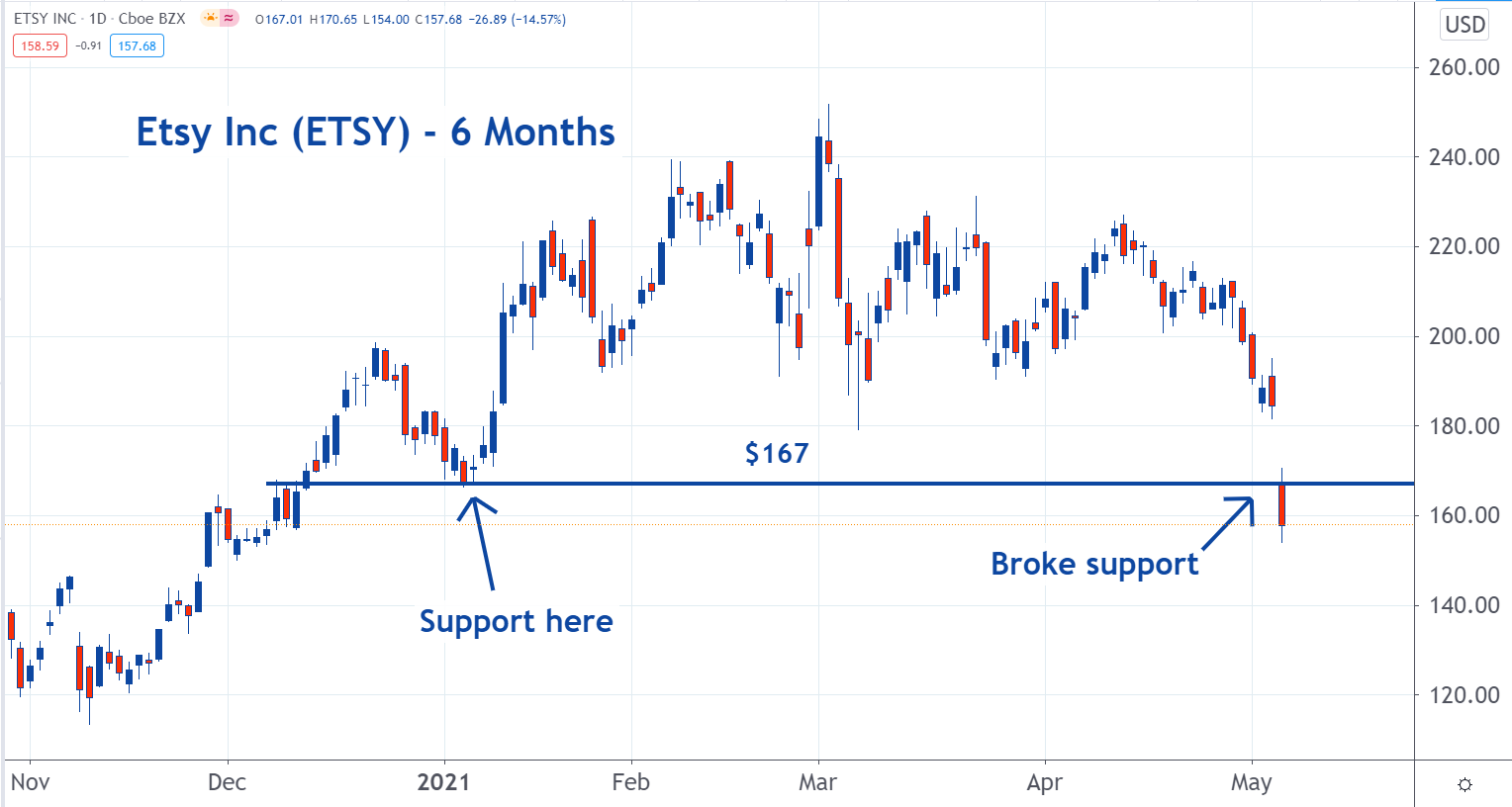 Englobal found support at the $3.15 level on April 20 and April 21. A big move higher followed, but that wasn’t the case Thursday. The level broke and a large move lower followed. There is a good chance the price drops even more. 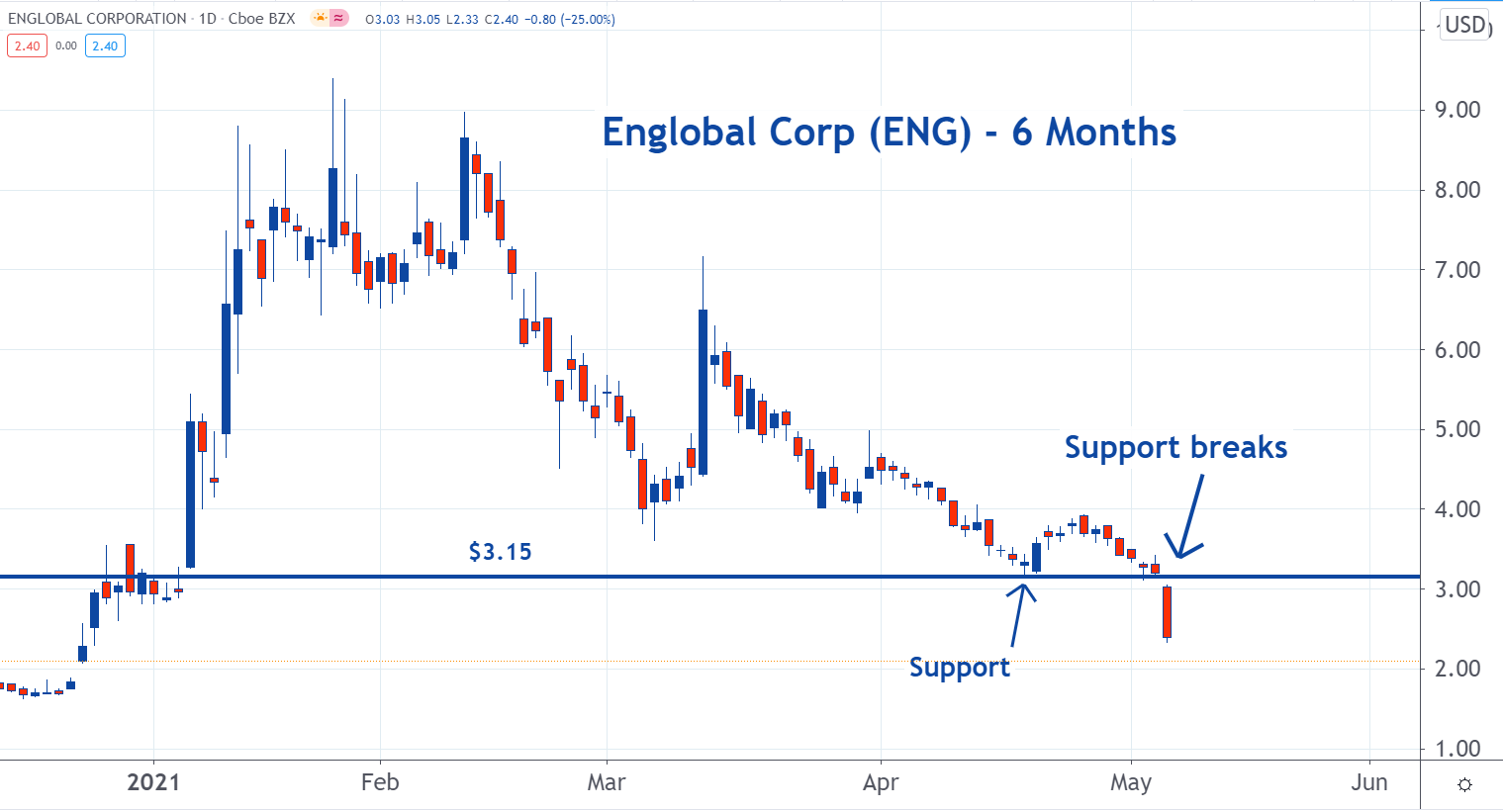 At the end of March and in early April, shares of Palantir found support at the $21.25 level, but shares broke down Thursday. This could be the beginning of a new downtrend. 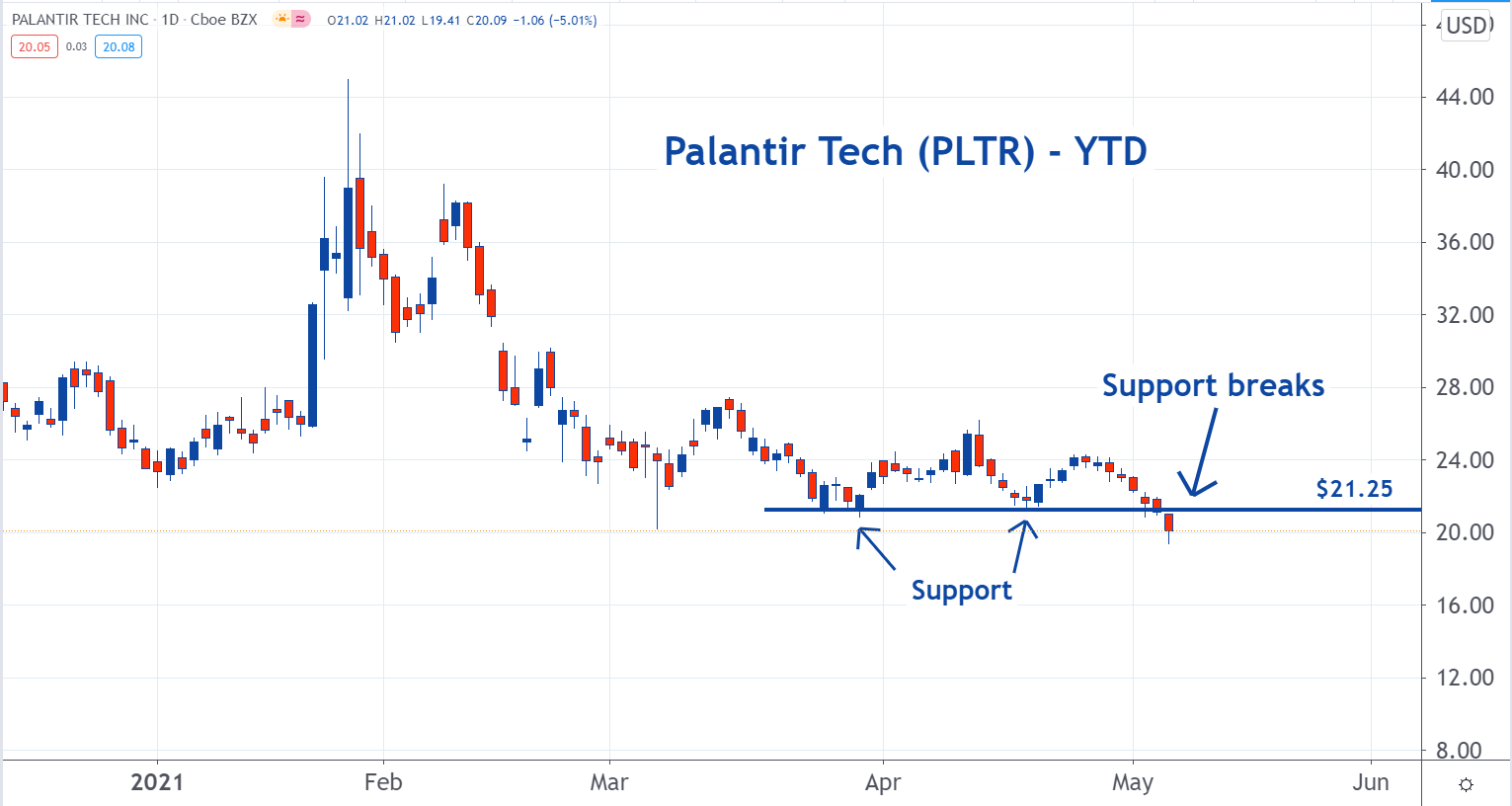