AUD/USD Forecast: Trades Lower In Range And Could Accelerate Its Decline Once Below 0.7690

AUD/USD Current Price: 0.7746 RBA Minutes hinted at an ultra-loose monetary policy at least until 2024. US indexes edged lower after struggling to post some gains. AUD/USD trades lower in range and could accelerate its decline once below 0.7690. 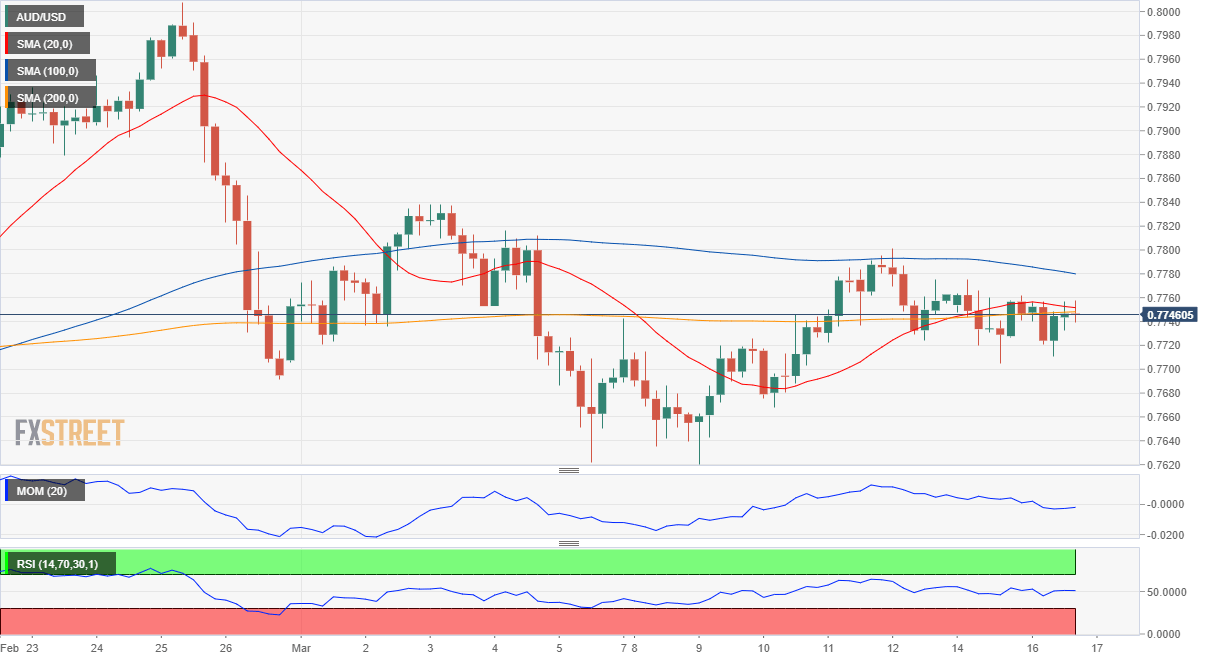 The AUD/USD pair is pretty much unchanged, around 0.7750 for a second consecutive day, as investors struggled with mostly discouraging news. The pair fell intraday to 0.7710, as the Minutes of the latest Reserve Bank of Australia meeting showed that policymakers are committed to maintaining the ultra-loose monetary policy, as they don’t expect a tight enough labour market before 2024. On inflation, the central bank will look through “transitory fluctuations,” adding that they expect it to remain subdued for several years.

The pair recovered on the back of the receding dollar’s demand and softer-than-anticipated US data. Wall Street traded with a sour tone, failing to provide support to the aussie. This Wednesday, Australia will publish the February Westpac Leading Index, previously at 0.26%.

The AUD/USD pair maintains a neutral-to-bearish stance in the near-term. The 4-hour chart shows that the price hovers around a flat 200 SMA, while an also directionless 20 SMA capped advances. Meanwhile, technical indicators are flat around their midlines. The pair bottomed around 0.7700 twice this week, which means that bears need to take the price below such a level for the pair to extend its decline.

View Live Chart for the AUD/USD