EUR/USD Forecast: Mildly Bearish In The Near-Term, Needs To Break The 1.1885 Support 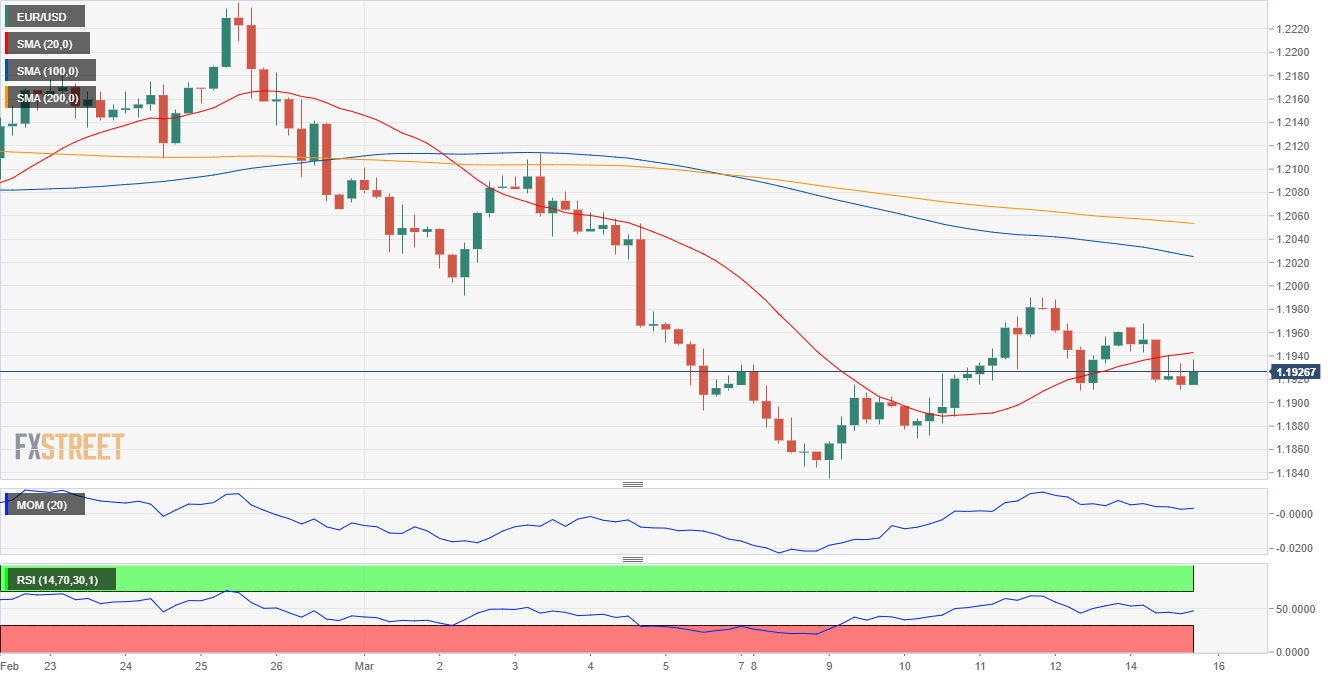 The EUR/USD pair fell to 1.1910 during US trading hours, after peaking at 1.1967 at the beginning of the European session. Majors traded mixed but within familiar levels in a quiet start to the week. Optimism reigned in Asia after the release of upbeat Chinese figures.  Industrial Production and Retail Sales in the country surged over 30% YoY in February, beating expectations. The good mood receded as the day went by, with European indexes posting modest intraday losses and US indexes finishing the day around their opening levels.

The macroeconomic calendar included the German´s February Wholesale Price Index, which improved to 2.3% YoY. As for the US, the country has just released the NY Empire State Manufacturing Index, which came in at 17.4, better than the 14.5 expected and above the previous 12.1.

On Tuesday, Germany will publish the March ZEW survey. The Economic Sentiment is seen improving in the country but deteriorating in the EU. The US will publish February Retail Sales, expected to have declined by 0.5% in the month after surging by 5.3% in the previous month. The country will also release February Industrial Production and Capacity Utilization.

The EUR/USD pair trades with a sour tone around 1.1930 and could accelerate its slump on a break below 1.1885, a Fibonacci support level. In the 4-hour chart, the pair is below a now flat 20 SMA, while the longer ones maintain their bearish slopes above it. Technical indicators have lost their bearish momentum but remain within negative levels, a sign of increasing bearish pressure.