Helaine Knapp was once a power player in the tech industry who, in her downtime, did virtually every type of fitness class there was.  When an injury disrupted her normal routine, she discovered something new — rowing.

Helaine Knapp was once a power player in the tech industry who, in her downtime, did virtually every type of fitness class there was.

When an injury disrupted her normal routine, she discovered something new — rowing.

The low impact/high intensity workout kept her in top form. But it didn't end there. Knapp spun the newfound activity into her own brand of boutique fitness called CityRow.

Since launching in 2014, the company has amassed a devoted clientele, with Orangetheory Fitness locations providing the necessary space for its sleek indoor rowing machines.

"We were really as scrappy as we possibly could be," Knapp said, recalling CityRow's early days. The startup scored some venture capital from angel investors, as well as strategic partners, including its manufacturer, WaterRower Inc.

In 2020, however, in-studio fitness took a huge hit. The coronavirus pandemic kept even the most dedicated gym rats from leaving their homes. In-home fitness became the norm due to social-distancing and shelter-in-place measures.

Knapp, who once depended on in-studio fitness classes for CityRow's success, was able to ride the COVID wave as well. That's because she went to market with her own at-home program back in 2018. This allowed her business to avoid what could have been a devastating wipeout. 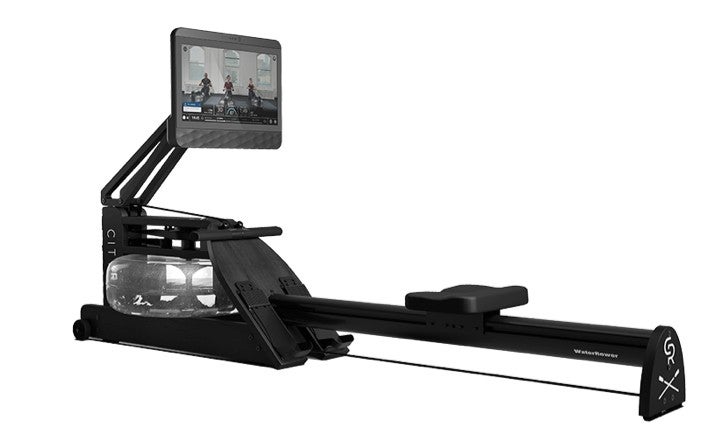 CityRow Go is the latest evolution of the company. Its signature WaterRower, manufactured in Rhode Island, is priced at $2,200. By syncing up with the CityRow app, exercisers can stream classes on demand to the machine (pictured above).

Knapp spoke to Benzinga about how CityRow has adapted to the pandemic, what fitness trends to look out for and other opportunities in 2021:

BZ: What’s the quick and dirty of how CityRow launched?

H.K.: I fell in love with the lifestyle of boutique fitness as a consumer when I was working like crazy. Unfortunately I got injured. It sucked. I was doing a lot of different classes, four or five times a week, but also not really paying attention to my form. And so I was dancing aggressively on a spin bike, and, I'm assuming, a disk just fell out of my back. And so I kind of found the rower, realized it was really good for you, but it needed a makeover. I had to make it a HIIT [high-intensity interval training] class, and make it sexy, cool and accessible for people that were looking for these exciting group fitness classes. And that was my idea. I left the tech world [at Buddy Media] to start it. I saw what Peloton was doing in 2016 and I started betting [on the market] really early, and so we launched our app and our first rower in 2018. That’s how we started. When I had this crazy idea to bring rowing to the mainstream, I knew that I had to change the image of it.

When I thought of rowing, I thought it was disgusting. I thought of a Winklevoss twin or a crossfit guy. But I was so injured, I couldn’t do anything I loved. I was forced to find something else. So I learned how good rowing was for you, and asked: “If this thing is so good for you, why is everyone spinning, boxing and doing whatever the hell else?" And I answered my own question — it has an image problem.

People are also getting a lot more hyper aware of what they put in their body and how they’re treating their body. That’s only going to explode moving forward. With that in mind — rowing works 85% of your muscles in every stroke. And it’s low impact, meaning you could do it without damaging your body. I have a feeling, as people continue on their journeys, they'll figure out how to be smarter with the strain they put on their bodies.

That was my idea behind it, but I had to make it sexy. And so I found WaterRower, which is the second largest manufacturer of rowers domestically. Big global footprint. They win in this category of "luxury at home." What you can do with Peloton, you can do with a rower in half the time, get twice the results and for a fraction of the price and space.

Most of us are at home now as a precautionary measure against COVID. That trend will likely continue in 2021. Do you see this as a silver lining for CityRow?

COVID has thrown a whole curveball into most people’s businesses. We were actively working on this new rower before the pandemic. And as the pandemic was starting — at the end of February and in March — and it continued through April and May, we had our best months ever because of the demand for at-home fitness. We entered this category very aggressively with a very cool piece of hardware and strong software, and were actually able to capture a lot of market share very early on.

Our studios closed and it was extremely upsetting. But because we filmed so many classes all the time, we were able to immediately give everyone access to an app of on-demand classes and start filming live classes. Our instructors kept training and we had all the infrastructure to deliver it. We were very well-positioned for it and then we took advantage of the opportunity in terms of selling more machines.

We also welcomed people from other brands that weren’t as well-positioned. There were some pretty big players in the fitness space that didn’t have at-home offerings and were caught on their back foot. So we welcomed a lot of people into the crew that saw us as thought leaders. Since they weren’t going in-studio for a while, they asked “What’s my solution?” So we welcomed those clients from Orangetheory and other boutique fitness studios — and it’s been pretty fun.

What’s the biggest opportunity for the company right now?

The opportunity right now is in digital fitness. But there is still tremendous opportunity in boutique fitness studios. We’re talking about an $81 billion industry. Every single segment of it is growing. And boutique fitness, and actual physical studios, represent 30% of this massive category. Digital fitness is 7%. Even if that triples — it’s growing a lot — studio business is still very strong. It’s been growing for 20 years. I don’t think it’s going to slow down. I just think we’re having a little bit of a pause here.

I see an opportunity in digital, which will continue to grow, but I do believe that retail will come back and these studios will be an optimal place to engage. The second I can get into a class [I will]. Let’s hope I can still do a 50-minute class. I’ve been doing a lot of 30s. It’s still the optimal way to work out. I miss doing it with my friends and I push myself a lot harder. I think we’re going to see a lot more of at-home fitness being an "and" for those who also want to access studio.

People will likely have to work out at home because of schedules, or where they live, or maybe they have kids. But then you have people who have a little bit of an overlap. Perhaps they love in-studio, but maybe they can’t do that five or six days a week. They can go once or twice — maybe three times — and complement it with a 30 minute at-home workout in between meetings. I see it as a way for a lot of people to workout two or three times a week to four or five times a week. That’s how I think the market is going to evolve.

We'll 5-6x the business this year. We were planning to 3x. That kind of shows you the power the pandemic had on this. COVID has really put some strong tailwinds behind us. Every quarter of the business since we started has been a record-breaking quarter. The fourth quarter is expected to do that more than we've seen, given the new machine. And in 2021, we will likely take on more institutional capital. We're starting those conversations soon.