Once Frowned Upon Industries Are Going To Save State Governments

The recovery in the stock market over the last several months has been astounding. Meanwhile, the coronavirus has continued to destroy the economy around us, causing local, state, and federal governments tax income to dry up. How long the novel coronavirus lasts is anyone's guess, but one thing's for certain, the national debt is going significantly higher.

The recovery in the stock market over the last several months has been astounding. Meanwhile, the coronavirus has continued to destroy the economy around us, causing local, state, and federal governments tax income to dry up.

How long the novel coronavirus lasts is anyone's guess, but one thing's for certain, the national debt is going significantly higher.

The lack of spending only compounds this problem; being that sales tax is one of the government's largest income sources. It doesn't help that people have limited opportunities to get out and make purchases.

With one of the highest unemployment rates in recent history, state revenues are continuing to plummet. 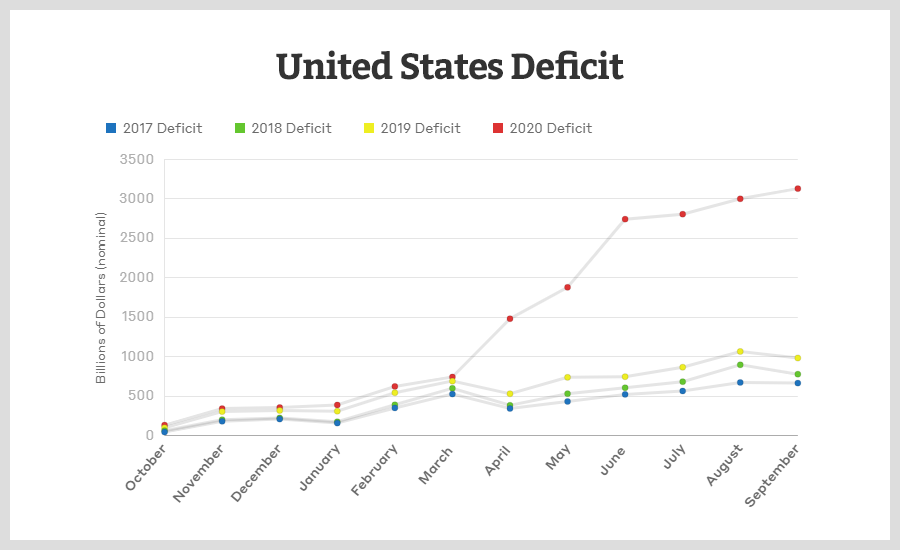 The real question is: What does the government plan to do about this, and how can investors profit from the policy change?

There are several revenue generators that states have failed to jump on, but they will soon be left with limited options to replace their dried-up income streams, forcing their hand to open the doors to new markets.

On May 14, 2018, the United States Supreme Court found the Professional and Amateur Sports Protection Act (PASPA), which leaves it up to each state to decide if they want to allow sports betting.

Most states don't allow sports gambling, but as a bona fide revenue generator, most states will have no choice but to soon sing a different tune.

Chris Grove from the research firm Eilers and Krejcik Gaming said that the market could be worth $2.5 billion per year in California alone.

How much taxable income would that bring in?

There is no doubt that illegal cannabis sales are off the charts in nearly every state. It's been estimated that total illegal cannabis market could be worth well over $50 billion in the United States.

That's a lot of taxable income that is not being collected.

If states jumped on board with the legalization of cannabis at a 20% tax rate, that would bring in $10 billion in new revenue to state and federal governments.

Keep in mind, this is not a new market that needs to be built from the ground up. Demand is already there; all they would have to do is change the law so that it's now taxable.

Using Colorado as an example, since making cannabis legal in 2014, the state has averaged over $200 billion in revenue annually from cannabis sales alone.

While the federal government has a license to print money, states are still responsible for managing their budgets.

California has an annual budget of just over $200 billion, and even with a legal cannabis market, California is still going to head into 2021 with a shortfall.

How do you think California would do if they legalized sports gambling? What about the states that don't allow gambling or cannabis? They have real problems!

If you want to judge the morality of sports betting and cannabis, you can certainly do so. However, it's not our job to judge controversial businesses, but instead, look at the financial risks and apply the appropriate options strategies to profit. We think the future is bright in both these markets.

When you consider the pandemic's economics and the hard choices that states are going to have to make, legalizing these controversial businesses is a better solution than going bankrupt and for investors who get in before the policy changes, the upside could be substantial.

Chris Douthit, MBA, CSPO, is a former professional trader for Goldman Sachs and the founder of OptionStrategiesInsider.com.