EUR/USD Current Price: 1.1752 Major currencies pairs keep trading alongside sentiment in the absence of first-tier data. US Treasury Secretary Steven Mnuchin said that getting a deal before elections seems difficult. EUR/USD is holding below 1.1800 with limited bullish scope. 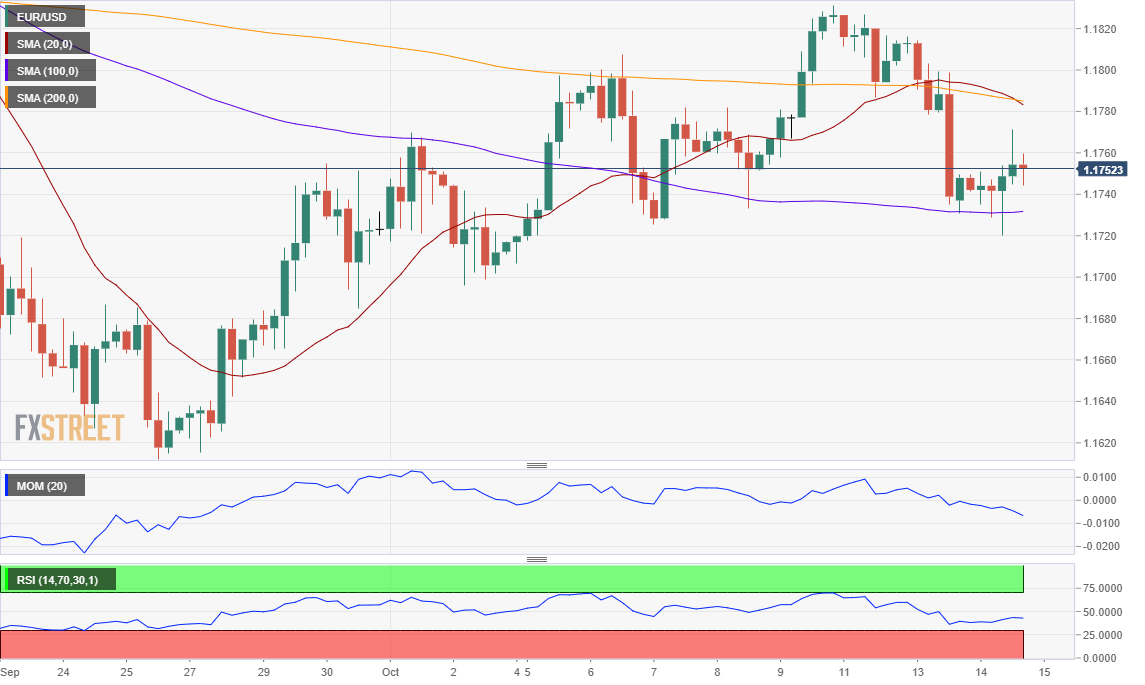 The EUR/USD pair traded as high as 1.1770 this Wednesday, underpinned by a mild optimism that prevailed for most of the day, amid relief coming from the Brexit front. Half-way the US session, Wall Street suffered a major setback and plunged into the red, as US Treasury Secretary Steven Mnuchin said that stimulus talks with democrats are still far apart on certain issues, and that getting something done before the election seems difficult. The dollar recovered some ground but remained in the red against most major rivals.

Earlier in the day, the EU published August Industrial Production, which rose 0.7% in the month and declined by 7.2% when compared to a year earlier. As for the US, it published the September Producer Price Index, which was up 0.4% when compared to a year earlier, doubling expectations and improving from -0.2%. The core PPI surged to 1.2% YoY, beating expectations. The macroeconomic calendar will remain light this Thursday, with the most relevant event being US Initial Jobless Claims for the week ended October 9, foreseen at 825K.

The EUR/USD pair is trading around 1.1750, pretty much unchanged on a daily basis. The bullish potential seems limited, as the pair failed to extend its advance beyond a mildly relevant resistance. From a technical perspective, the 4-hour chart shows that it is trading above a bearish 100 SMA, but below the 20 and 200 SMAs. Technical indicators hold within negative levels, with modest bearish slopes that skew the risk to the downside.