Apple Inc’s (NASDAQ:AAPL) new range of iPhones will support a Light Detection And Ranging Scanner (LiDAR), which allows for deeper and more precise augmented reality (AR) experiences. According to TechCrunch, Snap Inc (NYSE:SNAP)-owned Snapchat will be among the first to utilize the technology.

What Happened: Snapchat is gearing to introduce AR experiences specifically for the iPhone 12 Pro models — with a lidar-powered lens, the company said, according to TechCrunch.

One of such Snapchat AR experiences received a small feature in Apple's demonstration of the technology on Monday’s event, where the tech giant launched the iPhone 12 range. 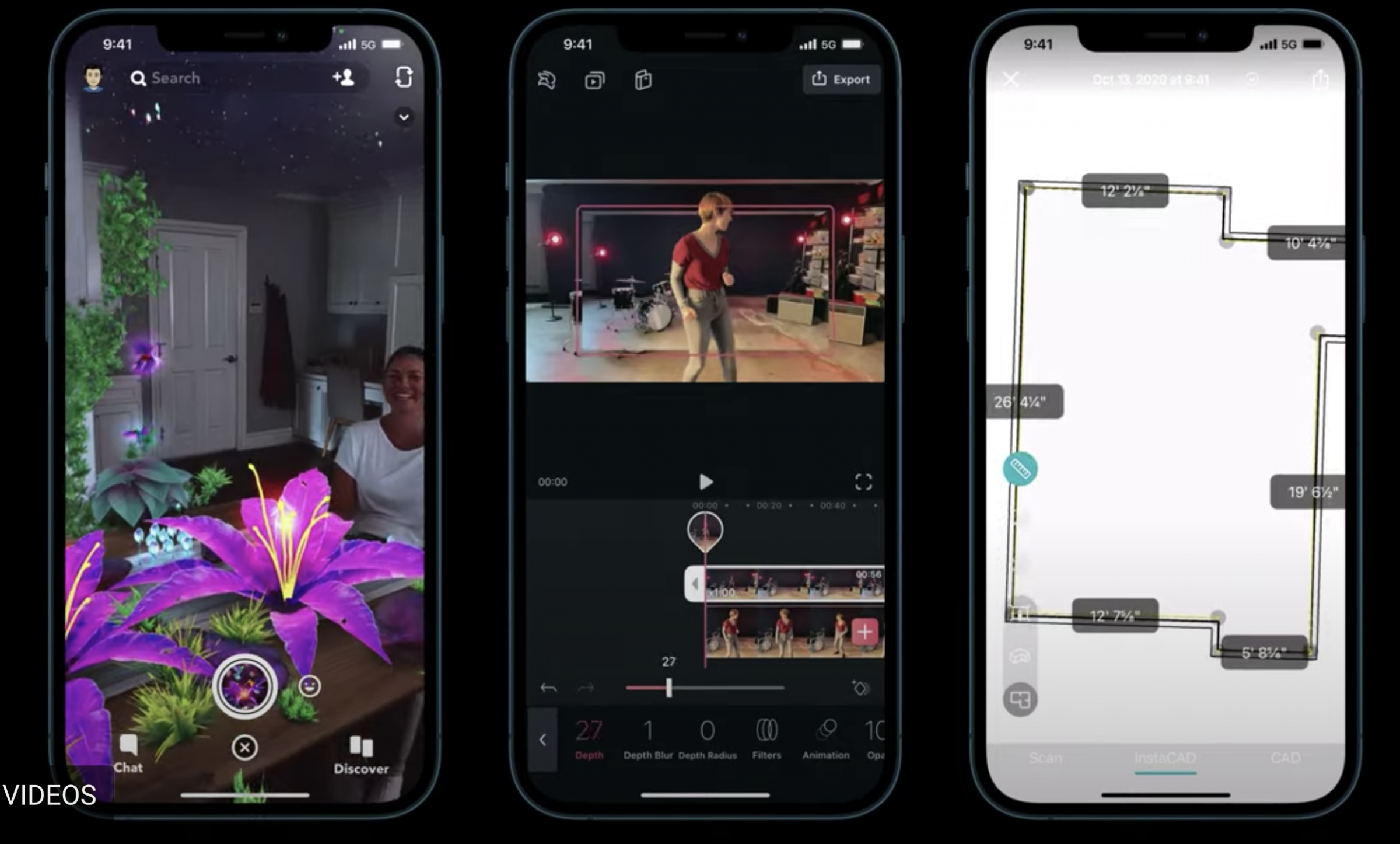 Snapchat filter on the left, along with displays of the two other app interfaces. Photo courtesy of Apple.

Why It Matters: Apple says it has adopted the technology in such a way that it can help users of its iPhone 12 Pro models take better photos in low-light situations.

Among other benefits, app developers can use lidar to build more precise depth maps of the scene and provide a faster AR experience, which can translate into better shopping, gaming, and design apps.

This year, Apple acquired Spaces, a virtual reality startup focused on blending avatars into videoconferences and also acquired virtual reality live-streaming company NextVR as it makes inroads into both the AR and VR spaces.