Precigen, Inc. (NASDAQ:PGEN), a biopharmaceutical company specializing in the development of innovative gene and cell therapies to improve the lives of patients, today announced that leading science and

Precigen, Inc. (NASDAQ:PGEN), a biopharmaceutical company specializing in the development of innovative gene and cell therapies to improve the lives of patients, today announced that leading science and technology company and existing shareholder Merck KGaA, Darmstadt, Germany, through its wholly owned subsidiary, Ares Trading S.A., has elected to voluntarily convert a convertible note with an outstanding principal balance of $25 million to increase its stake in Precigen from approximately 11.6% to 14.8% of outstanding shares, remaining as Precigen's second largest shareholder. As previously announced in December 2018, Merck KGaA, Darmstadt, Germany, reassigned to Precigen exclusive chimeric antigen receptor T-cell (CAR-T) development rights that were part of an earlier transaction between the companies. This reassignment allowed Precigen to regain full autonomous development of its proprietary CAR-T technology platform in exchange for $150 million in stock and a $25 million convertible note, allowing Merck KGaA, Darmstadt, Germany, to maintain an investment in the future potential of Precigen's next-generation CAR-T development. The convertible note, which would have otherwise converted in December of 2020, is being exercised ahead of its designated maturity. 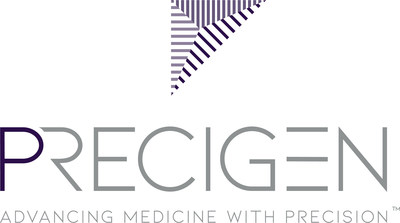 "In line with Merck KGaA, Darmstadt, Germany's mission to discover innovative therapies with transformative results, we are pleased to continue our relationship with Dr. Sabzevari and her team as they advance Precigen's pipeline of next generation CAR-T therapies," said Belén Garijo, Vice Chair of the Executive Board and Deputy CEO of Merck KGaA, Darmstadt, Germany, and CEO of Healthcare. "We look forward to continuing a productive relationship with Precigen leading to better health outcomes for patients with a broad range of cancers."

The relationship between Precigen and Merck KGaA, Darmstadt, Germany is longstanding, dating back to 2015 when the two companies signed an agreement to develop and commercialize CAR-T cancer therapies utilizing Precigen's proprietary Sleeping Beauty non-viral gene integration technology. This technology has evolved into Precigen's UltraCAR-T® next generation CAR-T therapies, which have demonstrated superior efficacy in preclinical studies and combine rapid manufacturing to improve time to treatment. Two UltraCAR-T therapies are currently being evaluated in Phase 1 clinical trials, including PRGN-3005 in ovarian cancer and PRGN-3006 in acute myeloid leukemia (AML).

"We welcome a strengthened relationship with Merck KGaA, Darmstadt, Germany, a recognized leader in oncology and patient care, as it increases its ownership position in Precigen," said Helen Sabzevari, PhD, President and CEO of Precigen. "We look forward to building value for all of our stakeholders through the clinical milestones we have planned over the next year and beyond."