System architect Mark Cerny dived into the architecture of the console and compared the advancements to the PlayStation 4. The generational leap is astounding.

Ultimately, no games or consumer features were revealed in this presentation. However, Cerny spoke about a few key qualities of the PS5. Because of the implementation of a SSD, the PS5 will act with more speed. This results in no load screens, faster boot times, and abolishes the need for patch installs.

In addition, the SSD will grant developers more freedom to design their games. Developers can code what elements of a game need to be prioritized. 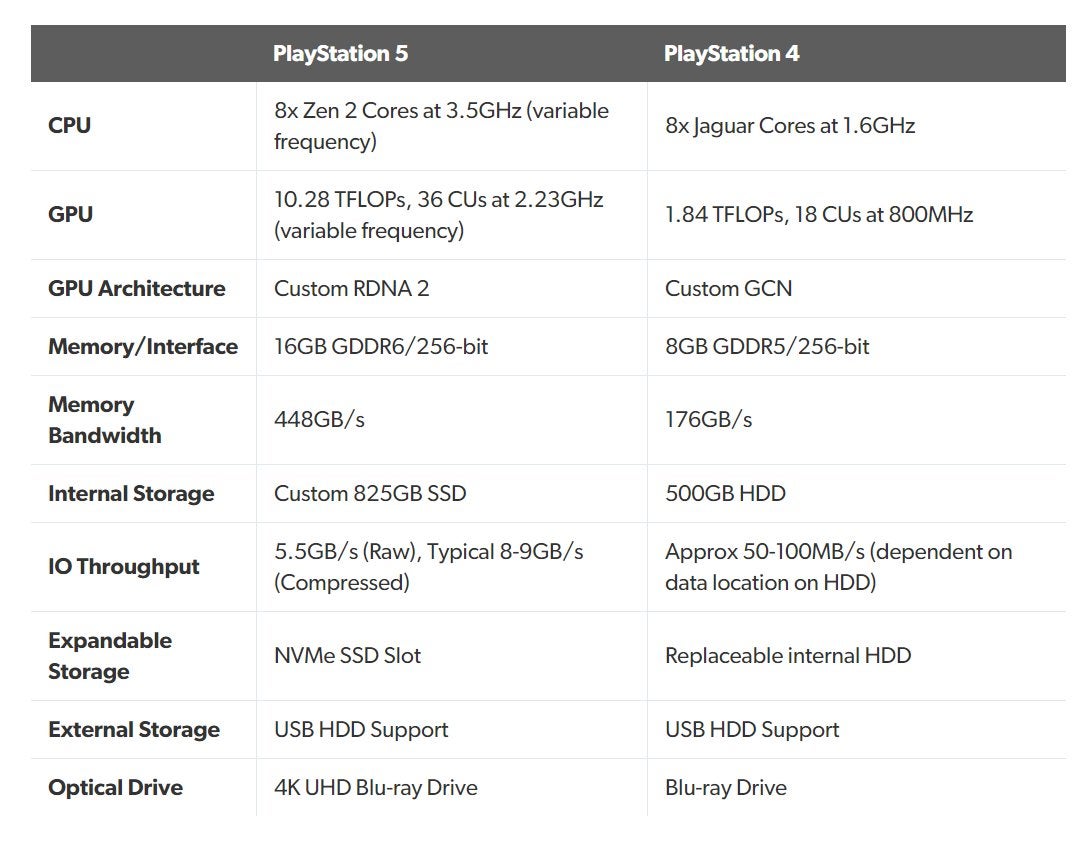 The PS5’s GPU was also detailed in the presentation. Cerny explained that Sony aimed to have the console’s GPU reduce power consumption and add an advanced feature set that would be malleable. He noted that the hope is for players to see “PC GPUs around the launch of the PS5 with similar features.”

Sony clarified this, stating, “We recently took a look at the top 100 PS4 titles as ranked by play time, and we’re expecting almost all of them to be playable at launch on PS5. With more than 4000 games published on PS4, we will continue the testing process and expand backwards compatibility coverage over time."

The PlayStation 5 is set to release during the holiday season this year.